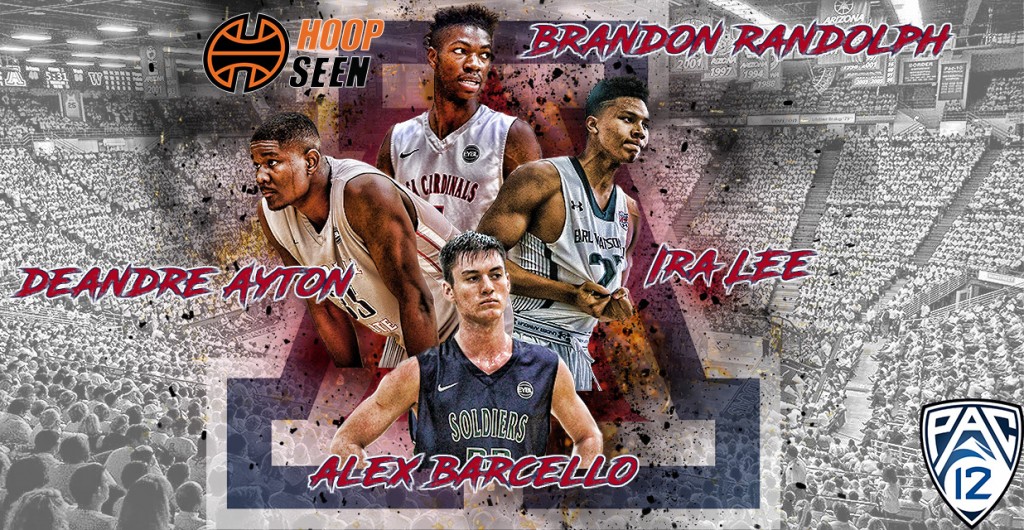 It has been a banner year for the Pac 12 on the recruiting trail. Typically, the likes of UCLA and Arizona, two flagship programs from the league, are capable of stepping outside of its geographical locale and sweep in some of the top talent that the nation has to offer. This year is nothing outside of the norm but it is a few others that have brought up the rear of the conference and created excellent depth with a bevy of top-100 talent set to hit campus next fall.

Washington began the 2017 recruiting class in style and early on, the Huskies sat as the top class nationally, primarily because of the commitment of Michael Porter. The 6-foot-8 small forward has ideal size, athleticism, and scoring abilities where he could be the next one-and-done that Lorenzo Romar will have coached, possibly the fourth in a matter of three years. However, due to the work that Arizona has done in recent weeks, it is the Wildcats that sit atop of not just the conference, but the nation as a whole.

DeAndre Ayton will be the most talked about name headed towards Tucson next year and rightfully so. The native of the Bahamas has all of the physical tangibles in tow, yet it is his improved motor and evolving skillset that makes the five-star recruit such a respected prospect. He is joined by fellow in-state recruit Alex Barcello, a tough-nosed and high level scorer that will be a solid four year, program guy in the backcourt. Ira Lee, a hard playing and productive 15-feet and in big man should work nicely alongside Ayton once both see court time together. Going across the nation, Brandon Randolph is expected to bring versatility and star potential to the hardwood early out for Sean Miller’s crew.

Following the Wildcats is the second ranked class within the Pac 12 where the Washington Huskies bring in the already mentioned Michael Porter, along with fellow top-125 recruit, Jaylen Nowell. Now that Markelle Fultz is on campus, chances that he is still in Seattle this time next year is very minimal as the Huskies needed to find a variety of talent out on the perimeter. They did just that as they added Nowell’s high school and travel teammate, top-125 guard Daejon Davis, and one of the top passers from the 2017 class, Blake Harris. Mamoudou Diarra, a long bodied and high upside forward, tops the class off in style. 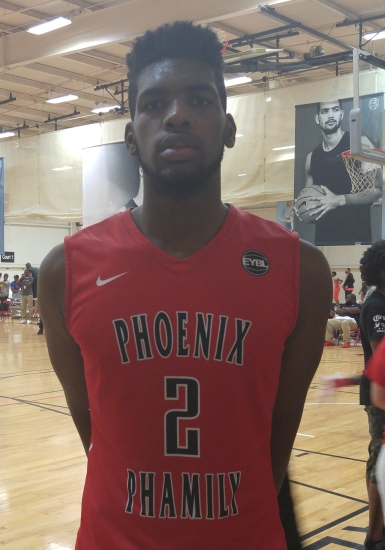 Not far behind the Huskies is the UCLA Bruins. Just like Washington, Steve Alford’s crew went to work early as they started things off with LiAngelo Ball, a 6-foot-7 forward who is the younger brother of current freshman star guard Lonzo Ball. In the frontcourt, the sharpshooting senior will be joined by Jalen Hill, an active power forward around the basket that is best whenever the game speeds up. Speaking of speeding the game up, Jaylen Hands, a 6-foot-1 lead guard from the state, makes his case to immediately step in and take the reins at the 1 from potential one-and-done Lonzo Ball. Cody Riley finishes the class up as the 6-foot-7 power forward should work nicely alongside his other two committed frontcourt peers but look for the Bruins to keep things going as, on November 13, top-20 recruit Kris Wilkes will end his recruitment as all signs point towards the Pac 12 gang picking up his talents.

Outside of the top three programs leading the way during the early signing period, there is still some fire power and top tier talent headed into the Pac 12 from the middle and bottom portions of the class’s rankings.

Arizona State, thanks to the commitment of top-50 small forward Kimani Lawrence, Bobby Hurley and his staff have a lot to be excited about with the Rhode Island native. Adding further to the class will be top-125 guard Remy Martin, a tough-nosed but highly potent scoring option at the lead guard spot, giving the Sun Devils the fourth best class within the league.

Colorado, holding three pieces in the frontcourt, slides in at the fifth overall spot within the league but this class might be the one that, once we look back upon a few years from now, could be the reason for such great success in Boulder. The Buffaloes added a trio of talented forwards in D’Shawn Schwartz, Evan Battey, and Tyler Bey, each that can become key contributors for future runs into March play. Schwartz is the headliner of the class as the member of the USA Basketball family and top prospect from the state is more than ready and seasoned to contribute during his freshman campaign.

Oregon State follows up the Buffs thanks to the landing of a familiar name for the Beaver faithful. Ethan Thompson, the son of assistant coach Stephen Thompson, and with a brother that is set to become the face of the program entering his sophomore year this winter, the top-50 recruit brings great IQ and a major jumper from deep. Zach Reichle, another premier shooter of the ball, finishes the class off.

The rest of the class is a bit bunched up as Cal, USC, Oregon, Utah, and Stanford, are battling it out as Washington State is the only program left out in the dark currently. The Golden Bears have something in Jemearl Baker, USC is more than excited for what versatile and gritty Jordan Usher will bring, Oregon has one of the more versatile recruits in Abu Kigab, and Stanford may have one of the biggest sleepers out of the 2017 class in Kezie Okpala.

In all, there are 16 members of the 2017 HoopSeen Top-125 Rankings set to attend a Pac 12 program and four schools sitting within the top-25 of our class rankings. Yes, Arizona, UCLA, and Washington have a lot to be excited about, but so does Pac 12 commissioner Larry Scott, where the depth of the conference is set to see all-time highs since its expansion a few years back.