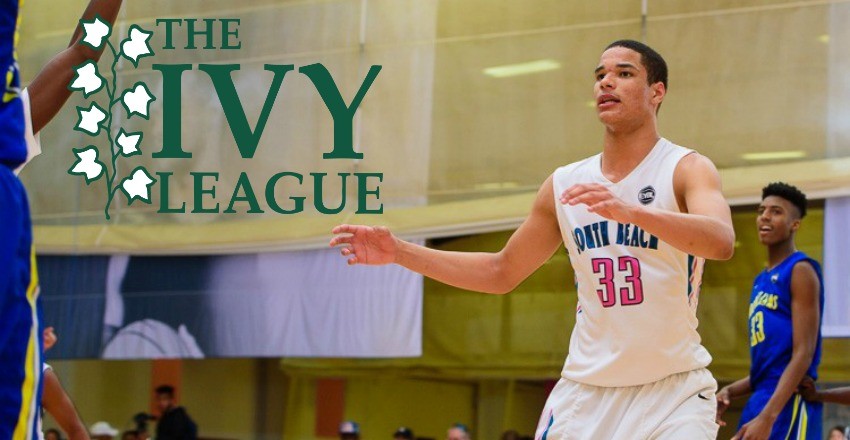 One year, the Ivy League is going to celebrate two teams receiving bids into the NCAA Tournament. Now that the conference will have a league tournament to cap off the regular season, just like everyone else throughout the land, we might be inching a step closer to such things. Looking at the recruiting board and things are ramped up to another level as the 2017 class could parlay the chances of such high marks being celebrated throughout the elite academic league.

Harvard head coach Tommy Amaker has ramped things up on the recruiting front upon being hired in 2007 in Cambridge, helping elevate the league’s name within the media, public, and recruits eyes. While the Crimson deserve a lot of the credit for the league’s recent success, let us not forget what former Cornell head coach and now Penn lead man Steve Donahue had done in Ithaca, the quality run that Yale enjoyed last year defeating Baylor in the first round of the tournament, and the bevy of others that have created great depth throughout the eight-team conference.

This fall, things have become even more heated on the recruiting trail. Harvard is never going to have an issue luring talent to campus, that is as long as Amaker is the head coach, but it is others such as Penn, Princeton, Yale, and Columbia that have hit the mark with this year’s senior crop.

Entering the new college basketball season this week, Princeton is perceived as the favorites for the automatic bid in March. This November, the Tigers enter the early signing period with the best overall class thanks to a four man group that brings a bevy of upside, potential, versatility, but even more importantly, immediate production.

Jerome Desrosiers is the crown jewel of the class and after hitting United Sates terrain a few years back, the Canadian forward quickly saw his recruitment sky rocket as high-level programs jumped into the picture. More of a tweener forward, others backed away but that isn’t Princeton’s problem as the Northfield Mount Hermon product brings a blue-collar mentality to the floor, is capable of guarding various spots within the half-court setting, and a solid skillset that should make him a day one producer. He will be joined by Jersey native Elijah Barnes in the frontcourt, along with mix and match forward Sebastian Much, a sleeper off of the west coast. Lastly, it is Ryan Schwieger, a 6-foot-5 guard that can play all three spots on the perimeter, that create a super talented crop headed to Mitch Henderson’s program next fall.

Slightly behind Princeton but with even more depth is Yale. Fresh off of their run in the tournament last March, James Jones and his staff went to work quickly. Holding five commitments at the time being, Wyatt Yess, Jalen Gabbidon, Jameel Alausa, and Azar Swain are all solid pieces to throw into the mix. Paul Atkinson, though, is the guy that stands out from the fray. The 6-foot-9 center from Florida is more than capable of helping out a plethora of power conference programs in the years ahead. He isn’t an elite level athlete but he is a producer in the frontcourt that can be a go-to option within 15-feet and in.

The wildcard of the entire conference this fall, Harvard sits third overall. Already boasting three solid commitments, one coming from Danilo Djuricic, a combo forward from Canada with good versatility to him, added with backcourt landings of Reed Farley and Mario Haskett, the latter being a super tough combo guard that can score the ball from 17-feet and in but has improved in recent months in his facilitating skills, the Crimson won’t lack for talent anytime soon. However, Tommy Amaker and his staff are holding out great hope with its top two targets. Wendell Carter and Mo Bamba, each five-star recruits and prospects that could change not just the face of the Harvard basketball program, but better yet, the league as a whole, have the Crimson on their final list of schools. Could either call Cambridge their future home? It will be difficult but it does seem like the race for Carter, a primetime, back to the rim piece out of the Peach State, will be deciding between Tommy Amaker’s alma mater, the Duke Blue Devils, and his current employer, as to where he will more than likely play his lone year of college ball.

After hiring away Jim Engles from NJIT, the first year head coach at Columbia has done some solid work on the recruiting trail. Carrying four commitments from members of the 2017 class, the Lions have filled many areas of need with the group headed their way. Myles Hanson is a solid piece off of the ball, Randall Brumant is a high upside combo forward prospect from the Lone Star State, while Jaron Faulds has become known for bringing his hard hat and lunch pail to the interior. The giant coup of the bunch comes in Gabe Stefanini, a 6-foot-2 combo guard that brings a major jumper to the court along with toughness and playmaking skills in the backcourt. 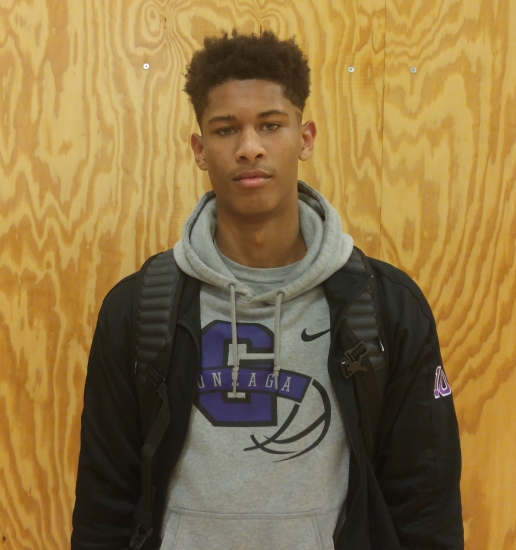 Sitting fifth overall but with great talent in the hopper is the University of Penn. The Quaker have begun to supply the cupboard with talent in Philly and this year’s bunch is one of the best groups put together in recent memory. Mark Jackson, a long and lean 7-footer, shows good rim protecting skills and a rebounding prowess but the second year staff at Penn really did some went in the DMV this summer. Eddie Scott, a 6-foot-5 small forward out of the highly success Gonzaga College High program, and his travel teammate on the Team Takeover 17-under squad, Jelani Williams, are two guys that will step in and immediately lend a hand due to their versatility, winning pedigree, and competitive playing styles.

Brown has put their own five man class together as they went for talent on the wings of the floor. The three perimeter assets will enjoy playing alongside Matt DeWolf, a 6-foot-8 center out of Rhode Island that does a good job of rebounding the basketball and is a fine passer from the low and high-post regions on the floor.

Another first year head coach in the league, Dave McLaughlin, comes to Dartmouth and sits with a sturdy group of talent. The four man class hit the mark down low thanks to the landings of 15-feet and in producer Chris Knight, Adrease Jackson, and Walker Miller, the latter being a tough-nosed 5-man that can step out and stretch the defense with the deep ball. The class is topped off with off-guard Aaryn Rai, culminating for a fine, inaugural class for McLaughlin’s bunch and the Big Green.

Cornell rounds things out with, just like Brown, nailing in three solid wing prospects. Jake Kuhn might be the sleeper out of the trio as the good sized small forward wields a steady jumper along with deceptive athleticism at the basketball, all of which will be welcomed nicely in Ithaca next season.

Together, the Ivy League looks nothing like your ordinary mid-major conference. The recent hirings at Penn, Columbia, Cornell, and Dartmouth, along with consistent play at the likes of Yale, Harvard, Princeton, and Brown mean just one thing…get ready for the Ivy League to boast multiple bids into the NCAA Tournament in what could be the not-so-distant future.