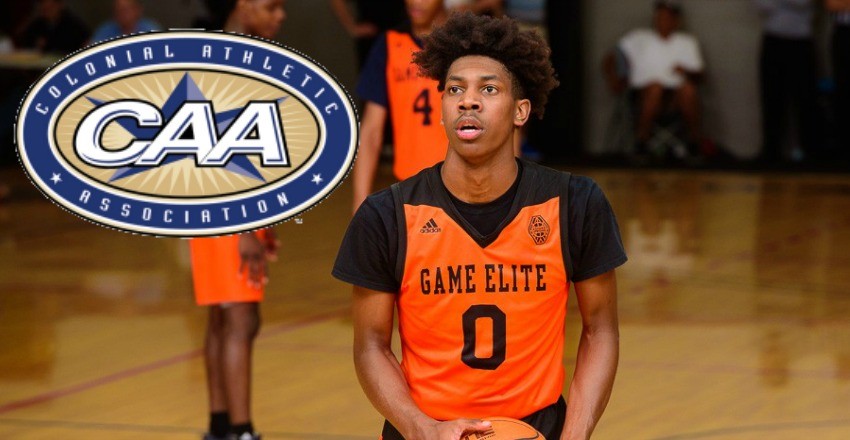 Within the past five years, the CAA has lost three of its top programs: VCU, Old Dominion, and George Mason as each decided it was best in their interests to move to a higher ground, as they thought, leaving the conference hoping it could success without the trio of schools. This hasn’t been much of trouble reflecting back on the high mark season that the conference as a whole enjoyed, finishing sixth in the RPI Rankings.

Could the 2016-2017 college basketball season bring similar success? That may be difficult but recruiting sure has not been hindered one bit as Northeastern, UNC-Wilmington, and Delaware are just a few of the programs that have struck early and in a major way this fall.

Bill Coen has done tremendous work up in Boston during his tenure at Northeastern and this season should be nothing outside of the norm. The Huskies have even more to be excited about on the recruiting front as they have landed the top ranked class within the CAA.

Holding one of the biggest sleeper commits off of the east coast, Jason Strong, a 6-foot-8 power forward from Florida, has already opted in to play his collegiate career in New England. The evolving and athletic forward is going to be a nuisance within the league as he will be joined by Tomas Murphy, a 6-foot-8 prospect with a major nose for the ball along with good versatility at the power forward position. In the backcourt, Coen’s gang has lured in jumbo combo guards Derrick Cook and Myles Franklin, both that fall from outside of the Boston locale, as each should contribute in some way or form early on.

Wilmington, a program that has quickly become a threat for the league title in any given year following the hiring of former Hargrave Military head coach Kevin Keatts, the Seahawks went south in picking up two of its commitments. Super competitive and strong shot making wing Brion Whitley and Evan Cole, a top tier rebounder of the ball from the state of Georgia, are expected to produce straight out of the gates at UNC-W next year. However, things got even better for the CAA bunch on Wednesday as they ushered in the signing of Clayton Hughes, a one-time UCF commit things that shot making and athleticism to the perimeter.

Directly behind the Seahawks is a program that recently labeled its new head coach, giving the title to former Notre Dame assistant Martin Ingelsby. The first year boss put together a staff chock full of northeast ties and already, the Blue Hens have celebrated three commitments coming from DMV stars Ryan Allen and Chyree Walker, along with improving and shot making wing Kevin Anderson.

College of Charleston rounds the top-four out and while the Cougars haven’t made major noise of late, it did strike early on with four commitments of their own. Led by Zep Jasper, a Peach State native that plays his best ball against the better type of competition, headlines the class where he is joined in the backcourt by Brevin Galloway and Vincent Cole. To top things off the Cougars topped their four-man class off with upside big man Kymani Durham.

James Madison, Towson, and William & Mary follow the top four up in style where the new staff in Harrisonburg went with some major toughness inside thanks to the services of Greg Jones and Dwight Wilson. Pat Skerry may have picked up one of the most under the radar prospects from the south in Jeff Prophete, quite possibly the best scoring asset entering the CAA next fall. In the meantime, the Tribe of William & Mary went westward and should enjoy the talents of Luke Loewe, a 6-foot-3 combo guard that can shoot it, playmake, and defend.

Elon and Hofstra both carry a lone commitment at the time being while Drexel is still searching for its first pick-up of the fall. Adding it all up, the ten team league has enjoyed 22 commitments to date and while none can be found within the HoopSeen Top-125 Rankings, there is a bevy of high upside prospects and immediate producers already in tow that should continue to better the league in the nearby future.