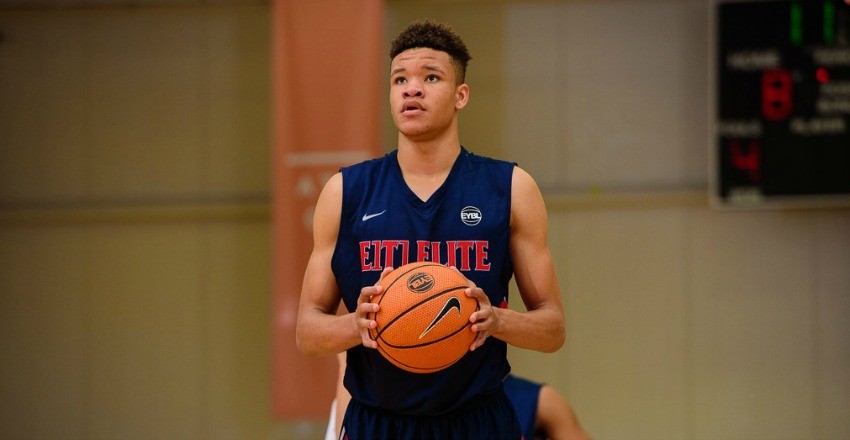 After giving the update to the 2017 HoopSeen Top-125 Rankings last week, one state that is plastered all throughout it is Florida. The Sunshine State has become known for one of the most loaded states in all of the land where, in any given year, is the home to some of the top prospects that are recruited from programs all throughout the nation. This year’s senior class is no different as the likes of Kevin Knox, Chaundee Brown, and Zach Brown all sit within the top-75 of their class and also remain entrenched as the top three prospects within the state in our latest 2017 Florida Rankings.

In all, the top-12 prospects from our Florida update can be seen within the top-125 of their class nationally. Kevin Knox and Chaundee Brown have not just become one of the faces of the state of Florida, but better yet, as one of the faces to the class of 2017 as a whole. There is more to the group than just the five-star duo as over 20 of the prospects from the state hold high-major offers, speaking to the unbelievable depth and the talent bases from it.

Thus far, only seven of the 35 ranked have found a college home for next year. Six of the seven of have committed to power conference programs as Scootie Bryant, the number-17 ranked prospect from the state, has verballed to a non-power conference, choosing UAB over the likes of Iowa State and Clemson a few weeks back.

FLORIDA IS THE HOME OF THE UNITED NATIONS

Nearly half of those ranked in our top-35 are either from different states and are now finishing out their high school careers within the Sunshine State, or they are natives of other countries besides the United States. We have those from Italy, Canada, and the country of Georgia, and others from the states of Tennessee, Virginia, and Massachusetts relocated to the state this fall.

Sure, there is enough homegrown talent to go around but thanks to schools such as Montverde Academy, IMG Academy, and The Sagemont School, others from all throughout the nation and globe have entered into Florida and because of it, raised the profile of the state as a whole.

We haven’t updated our state rankings since the winter and due to the large gap, a few were able to use the time and greater viewings placed upon them to enhance their profiles and hence, receive a giant bump up in our rankings.

Jerald Butler was nowhere to be seen last time around but the Butler commit displayed super unique qualities all spring and summer long. A 6-foot-5, thick bodied but long armed forward, Butler can playmake with the best of them and is someone that is all about his team, thus his spot within the top-15 of our rankings.

A guy that is no joke in the classroom but doesn’t let things slip on the playing floor, Paul Atkinson is cemented within the top-20 of our rankings and rightfully so. The 6-foot-9 center isn’t a freak athlete by any means but he is a smart and witty scorer on the block that plays angles with the best of them.

Sean Mobley was just inside of our winter rankings but his improved ball skills and furthered physique that he displayed in July warrants a fine bump. The 6-foot-8 forward is a primetime passer of the ball as he sees the floor through the lenses of a point guard. While he does have his limitations, there is a reason why such programs as WVU and VCU recently offered the Florida native.