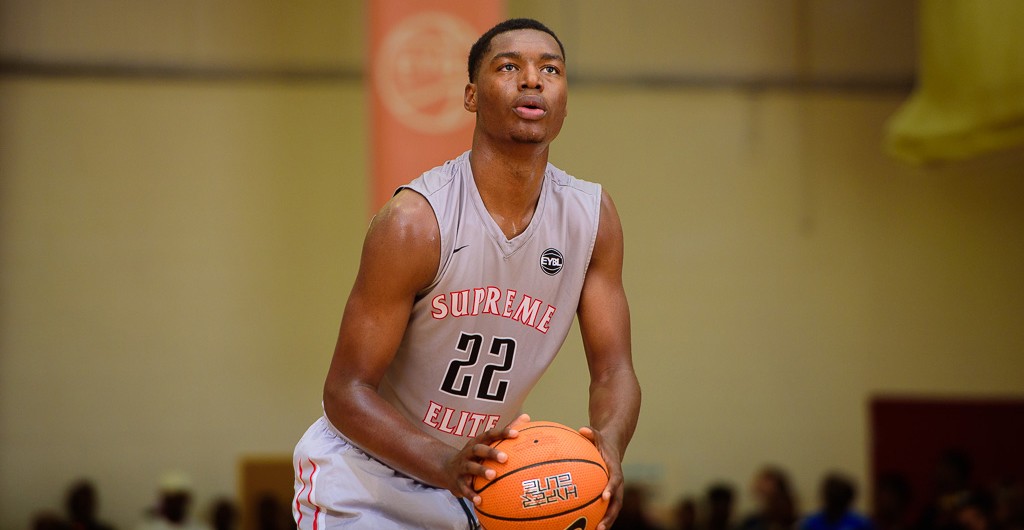 There are nineteen players in the HoopSeen Top-125 that are currently committed. Out of those commitments, the SEC leads the way with five players currently committed. Auburn holds two commitments from the top forty players in Austin Wiley and Davion Mitchell, two of the three highest players that are off the board. Other SEC commits include Shai Alexander (Florida), who comes in at number fifty, Daniel Gafford (Arkansas), who is slotted at number fifty-one, and DeAundrae Ballard (Florida), who is at number eighty-two.

The ACC comes in next with four commitments, the highest of which is Virginia Tech pledge Nickeil Alexander-Walker of Chattanooga (TN) Hamilton Heights. Also on the board for the ACC are long time North Carolina commit Jalek Felton, Clemson bound guard AJ Oliver, and newcomer to the rankings Aaron Thompson, who is committed to Pitt.

UCLA has both of the current Pac-12 commitments in Jaylen Hands, number thirty-four, and Jalen Hill, number fifty-six, who both play on the Adidas circuit with the Compton Magic. The last two commitments come from outside the power five in Davidson commit Kellan Grady, who is slotted at thirty-seven, and Corey Kispert, a Gonzaga commit who is ranked number 108.

HOW THE STATES BREAK DOWN

With state pride and bragging rights on the line, it is always fun to see how the Top-125 breaks down in terms of geography. Interestingly enough, each player in the top ten comes from a different state. When it comes to the top twenty, however, Indiana has the most prospects with three (Jeremiah Tilmon, Brian Bowen, and Kris Wilkes). Georgia (Wendell Carter & MJ Walker), Pennsylvania (Mohammed Bamba & Quade Green), New Jersey (Trevon Duval & Nick Richards), Florida (Kevin Knox & Mitchell Robinson), and Texas (Jarred Vanderbilt & Billy Preston) each have two players in the top twenty.

When it comes to the top fifty, Georgia shows more depth, with seven players ranked in the top fifty. Along with Walker and Carter are Collin Sexton, Ikey Obiagu, Davion Mitchell, Chuma Okeke, and Rayshaun Hammonds.

In the overall Top-125, Georgia and Florida have the most players with twelve each. They are followed by Virginia with eleven, California and Indiana with seven apiece, and Texas with six.