Making the No. 1 case for Jaden Hardy in the class of 2021 nationally 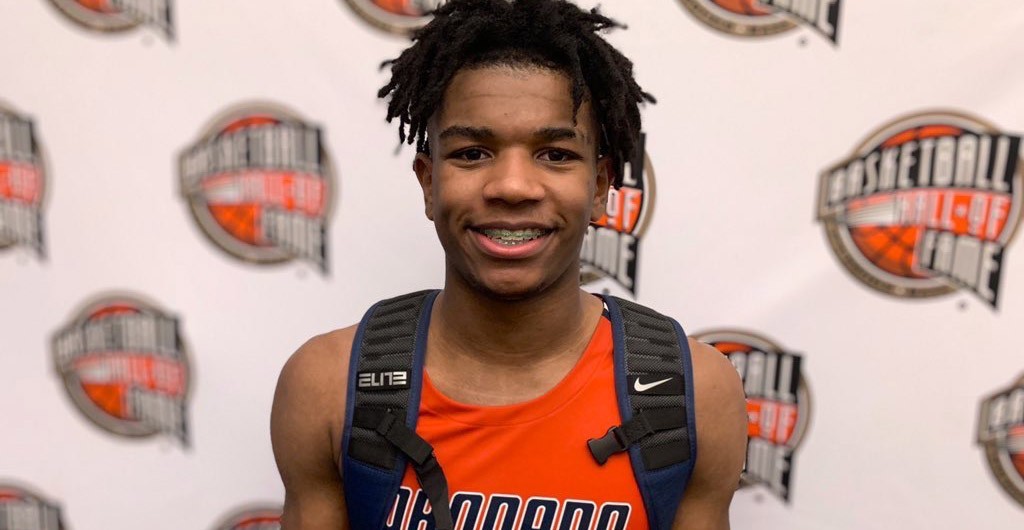 I’ve had the pleasure of watching all of the top players in the NBA as prep players. Some of the guys who are must-see TV were must-see guys as travel basketball players. The wow factor translates.

If that’s the case, then Jaden Hardy will be a player that draws the attention of the game sooner than later in college and beyond. He was the guy that drew the biggest crowd at the Great Western Classic. Justifiably so, too. Hardy is one of the five best high school basketball players in the nation. That’s a universal belief.

My colleague Jerry Meyer asked me on Twitter who Hardy reminds me of at the same stage in their careers. That was a question that made me really think. It’s a good one. O.J. Mayo is what I came up with. As a prep, Mayo drew a crowd like a boy band. He was one of the most entertaining players in a decade that produced some of the best prep basketball we’ve ever seen.

Mayo was ready for every challenge and, trust me, he was presented with the best of the best. Hardy gets everyone’s best game and he darn near delivers every single time he’s out on the floor. Every. Single. Time.

At the Great Western Classic, Hardy was good for a massively athletic play at the rim. He powered through defenders with dunks like Russell Westbrook. Other times he was knocking down shots from deep, looking like D’Angelo Russell.

With Hardy, his shot is an absolute weapon. We saw his perimeter game shine through throughout the weekend here in Utah. The more I thought about Meyer’s question to me, I began to lean more towards a Russell comp. Hardy may be more athletic at this stage of their respective careers.

In the 2021 class, we have dynamic forwards who can play inside and out. Patrick Baldwin, Chet Holmgren, Paolo Banchero, and Jabari Smith are stellar players all worthy for a long discussion for the top spot. There is no argument there.

Let’s talk about Hardy for a second for that top overall spot. The game is designed for guards now. Hardy is the best at his position - point, shooting or combo.

Why aren’t we considering him for the top overall spot in the class of 2021?

And maybe we are. I’m not in those rooms where these types of things are discussed by the national pundits. Who knows?

But here’s the thing - the argument should be an easy one. He’s one of the most dynamic players in the class on both sides of the floor. We don’t have a lot of star power depth in the backcourt in the class of 2021 nationally. There are terrific guard players, no doubt. But Hardy, from my view, has the tools to develop into a foundation guard.

Look at the last run of NBA Drafts. Guards and/or playmakers are adding more value right away. More guards are being considered at the top of drafts. Just watch this year’s draft. Guard after guard after guard.

The other players at the top of the class are terrific, some are foundation players. Some are uniquely talented. I could see an argument made for the entire top five and no one be wrong. Maybe that’s the beauty of this class. The depth of star-power at the top is a good one.

With the evaluation process out of whack because of a lack of apples to apples opportunities to see the top guys compete against each other, the dividing line of who is the top overall player will continue to grow. None of the options will probably be wrong.

But as of today, this beautiful Fall day, I’m making the case for Hardy.