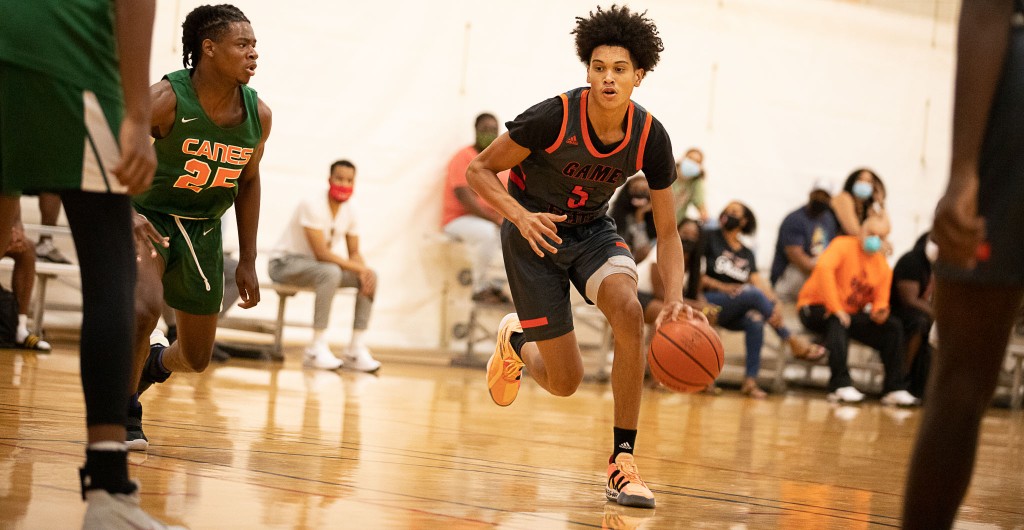 James White went from being an unranked JV player with zero offers to a four-star prospect holding multiple offers in a matter of one year. From the first time I saw this kid playing JV, I knew he was a special talent. However, he had to wait his turn.

It was not easy for White. He was stuck playing JV when he knew he should have been playing varsity and he had to sit back and watch while other players in his class received offers. He was not a fan of being overrated but it fueled him to work harder.

“Being underrated bothered me a lot,” White said. “But I had to keep my head down and keep working.”

White’s patience certainly paid off. He is now one of the top scorers in the state. He can score at all three levels on the court. He has a silky smooth jumper with great range. His shooting stroke is pure and he has a quick release that allows him to stop on a dime and knock down pull up jumpers. At 6’5, he uses his height to score over smaller guards in various way. The thing that stands out to me the most about White’s game is his footwork. He has a knack for being able to get to the spot he wants to and finish in traffic. His length also pays dividends on the defensive side of the floor. His long reach makes him difficult to get past. He gets his hands on a lot of balls resulting in fast break points on the other end.

White currently holds offers from Georgia, Georgia Tech, Arkansas, Florida State, Florida, and Ole Miss just to name a few. He currently does not have any favorites. He does want to a program that fits his play style, though.

“Run and gun and four guards out are the play styles that best fit my style,” White said. “I like teams that run a lot.”

White said that any program that gets him will be getting a player that can guard multiple positions, shoot it, and has great ability to score off the dribble. He also said he wants to improve on his play making ability and making better decisions before he gets to the college level so that he can come in and make an immediate impact.

Watching this kid grow has been a pleasure and I am looking forward to watching his game continue to elevate. Once he dials in on the defensive end, he could be an elite two-way player with his length. I think White’s story could serve as motivation for a lot of players who may be feeling overlooked or discouraged. So much can change in a year. Stay in the gym and work.

“Just keep working hard and don’t worry about rankings,” says White. “Go out and kill, then people will end up seeing you.”