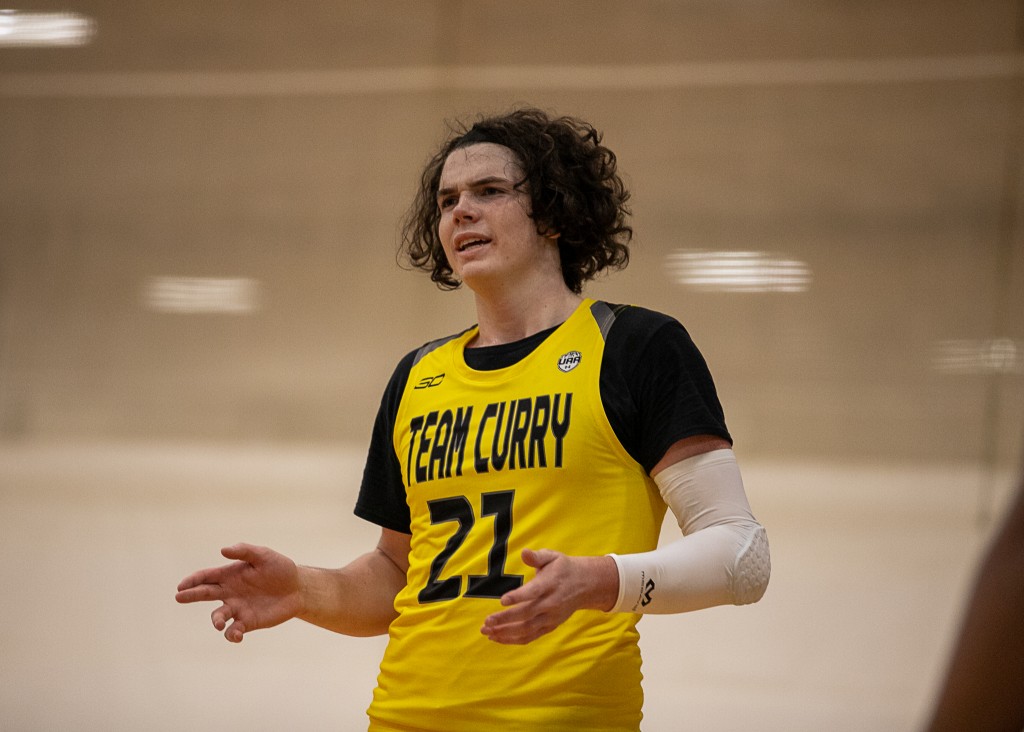 Ian Schieffelin is simply the epitome of giving your best effort each play. Whether its rebounding, taking a charge, or setting a hard screen, Schieffelin does it. His effort played a huge role in Team Curry’s 65-61 win over Team Huncho. He was going after boards like a maniac. He is the type of player whose contributions may not be fully shown from the stat sheet. Do not get me wrong, though. Schieffelin can score from multiple levels on the floor. He used his brute strength to finish between multiple defenders under the basket and even displayed his improved perimeter game.

Schieffelin has been a pretty under the radar prospect up until this summer. The live stream events have given him the spotlight to show coaches that he has been in the gym working. He picked up offers from Clemson, Dayton, and Virginia Tech this summer alone. Pertaining to his college decision, he said he wants to go somewhere that he can play and help the team win. He feels that if he works to improve his ball handling, then he will be able to make an impact anywhere he chooses to attend. He plans to release his top list of schools at the end of the month.

Schieffelin models his game after Kevin Love of the Cleveland Cavaliers.

“I like the way he rebounds, makes outlet passes, and hits catch-and-shoot threes,” Schieffelin said. “That is how I play my game.”

I think Love is the perfect player for Schieffelin to model his game around. The two have a very similar frame and skill set. It shows that Schieffelin has been really working on improving his offensive skill set. He looked comfortable and fluid making moves on the block and outside on the perimeter. One thing you will never have to question is the effort that you will get from him. I meant it when I said that he is the epitome of giving full effort each play.