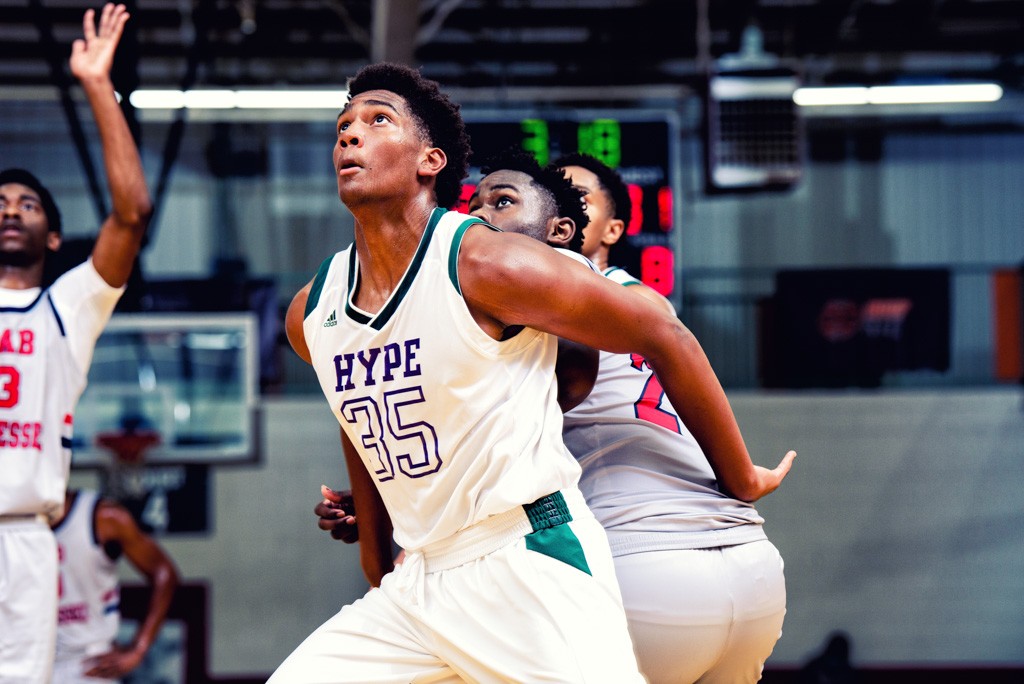 After watching Devin McGlockton tear up the court all weekend for HYPE 2021 KP at the HoopSeen Tip-Off, it’s baffling to think that the 6-foot-7 forward hasn’t received any college offers yet.

Technically, that statement’s partially true and partially false. McGlockton has received scholarship offers, just not for basketball. He also plays tight end for his South Forsyth high school football team and has earned offers from a few D1 schools. Talking to McGlockton after his final game of the weekend, it was obvious that he feels a bit slighted by the lack of respect for his game on the hardwood.

At this point, Wofford and Kent State's basketball teams have shown interest in McGlockton but have not yet offered. He has received football offers from Kent State, UMass, Tennessee State, Fordham, Grambling State, Charleston Southern, and Notre Dame College.

Even though he's received more attention for his play on the football field, McGlockton insists he loves the two sports equally.

"I love both. I've been playing both my whole life," McGlockton said.

After a stellar junior season at South Forsyth and a dominant opening weekend of the AAU season, McGlockton should expect some more basketball love in the coming months.