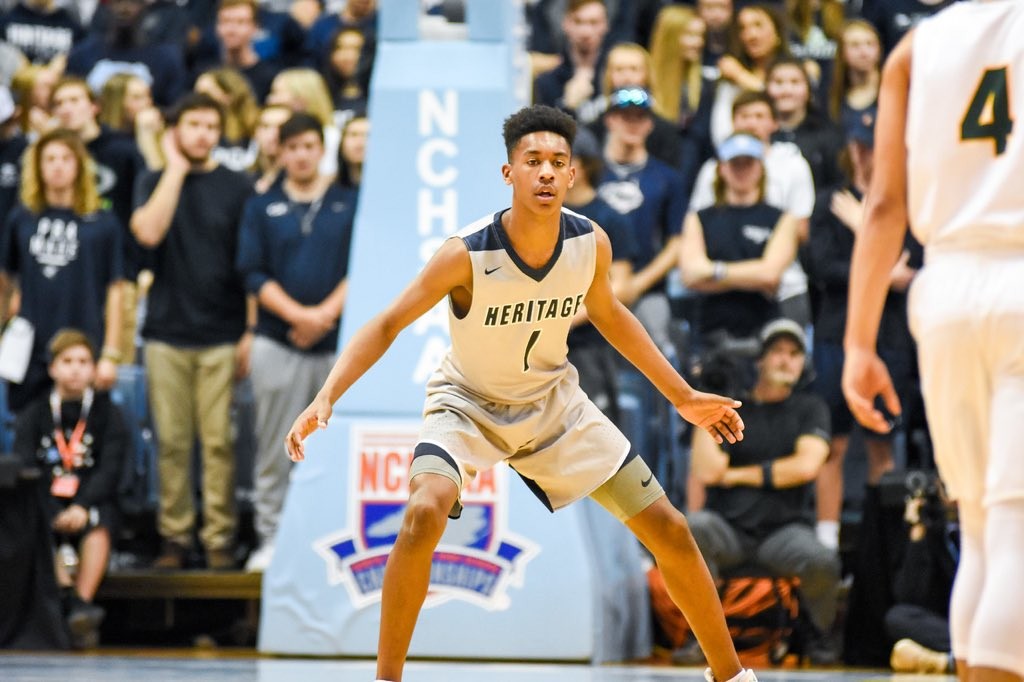 It's been a busy spring for Heritage guard Lucas Taylor despite the fact that he hasn't had the opportunity to lace them up for Garner Road this season. Numerous schools have tossed their hat in the ring for what looks to be a constantly growing race for Taylor's services.

"The first one I had was Wofford. Then East Carolina, Hofstra, Holy Cross, North Carolina A&T, and Vanderbilt."

What has been said: Back in December, Taylor's showing at the John Wall Invitational prompted me to name him as one of the events best stock risers.

It was a sign of things to come as Lucas Taylor first landed on my radar after he gained top performer honors at our North Carolina Preview camp. On one of the biggest post Christmas platforms, Taylor increased his value with a very intriguing showing. Not only is he sneaky athletic, his first step, and improving jump shot give him a solid base to build from. The 6'4 Heritage guard has several tools to choose from, but it's his potential that should spark some intrigue. As he gets closer to his senior season, I expect an in-state division I program to kick off his recruitment."

"I took an official to Liberty. First it was an unofficial and then they invited me back. I've been to Virginia, Davidson, Charlotte, and Wofford and thats when they offered me."

Calls, texts, and even platforms like Zoom are more important than ever as face to face contact is off the table for the moment. Even with the changes, two programs have made sure to prioritize him throughout.

"I feel like Wofford and Vanderbilt, for sure. They've been contact me on a day to day basis almost. Just checking in. They've been sending stuff, asking how me and my family are doing. They've just told me different ways that I can fit into their programs."

The post corona schedule for Taylor will be a busy one as he has a few ideas on schools he will visit.

"I think I'll definitely go to Vanderbilt. Hopefully I'll go to Virginia again. Belmont contacted me recently, I may go up there. Wofford as well."

When asked about his timeline, Taylor's original date has been changed due to his inability to showcase himself this spring.

"At first before the corona virus started I was thinking before the high school season started. Now I'm thinking around Thanksgiving or Christmas break after we've played some high school basketball. Family environment is big. I want to feel at home regardless of where they are located. Somewhere that I can see my playing style fitting in. Somewhere that I can go and have the freedom to play my game."