Behind the film: Kaleb Banks 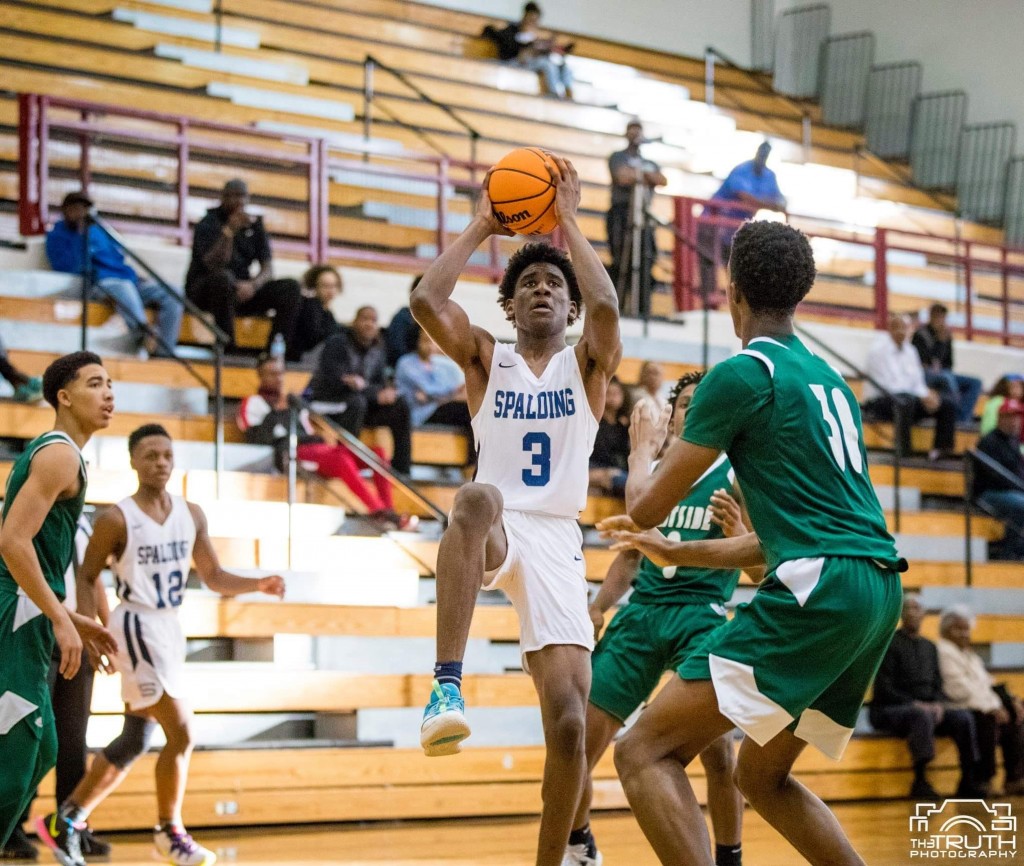 A case can be made that Georgia's 2022 class have some of the most recognizable names nationally to those that follow the game closely. Scoot Henderson, Bruce Henderson, Zocko Littleton and Dillon Hunter have all drawn interest or offers from Power 5 programs while being two years away from getting their high school diploma. While those prospects have worked themselves into their positions, Georgia has been known to make unknown prospects into household names.

"If Kaleb continues working and improving the way I know he will, I can easily see him being a top 5 player in the state of GA." That statement made by his head coach Ty Townsend is one that I don't disagree with. In fact, the fate of Banks recruitment and national recognition rest primarily in his hands.The makings of a high major prospect is in place as Banks was handed some tools from a family with basketball in their blood. With both his mom and dad having collegiate experience, the game appears to come easy as he checks off several coveted boxes.

It only took a few possessions to see the upside that Banks can tap into going forward. From his fluidity as a legitimate 6'6 prospect, Banks has benefited from not being anchored to the low block. Everything about his game feels natural and untapped from his one dribble pull-up to his unique slashing ability. What could set Banks apart from his in-state peers is his uniqueness and constantly changing ability to find ways to score. A few possession's into the game against Trinity Christian, Banks showed both a smooth catch and shoot three and followed it up with a one dribble pull up. Only a few possessions later, this long limbed prospect went the length of the court while picking his dribble up at the three point line. During the films halftime break, Trinity Christian head coach Will De La Cruz provided his perspective.

"Banks will be a mid to high major prospect. He has the size and skills and is only a sophomore. He can do it all on the floor at 6'6."

As I stated before, with the talent and measurables in place, where Banks finishes in the race will ultimately depend on his development. Like most young prospects, Banks can fall victim to lazy defensive possessions and not use the wingspan and athleticism that coaches often salivate over. Some tweaks as a ball handler and overall aggressiveness will be problematic for defenses as some of his finesse finishes at the rim could turn into dunks.

"He has gotten much stronger which is a testament to him committing to the weight room during the off season. He is now able to score on all 3 levels and his 3 point shot is very consistent.  As far as development, he has to become quicker laterally so he's able to guard the perimeter on a consistent basis.  He also has to be able to attack the rim and finish with both hands consistently."

Although Georgia's 2022 class is shaping up to be a great one, no one is crafted in a similar way to him. All things considered, with a high floor and even higher ceiling, there's potential for Banks to be a highly sought after high major prospect.