Behind the film: Ja'Heim Hudson 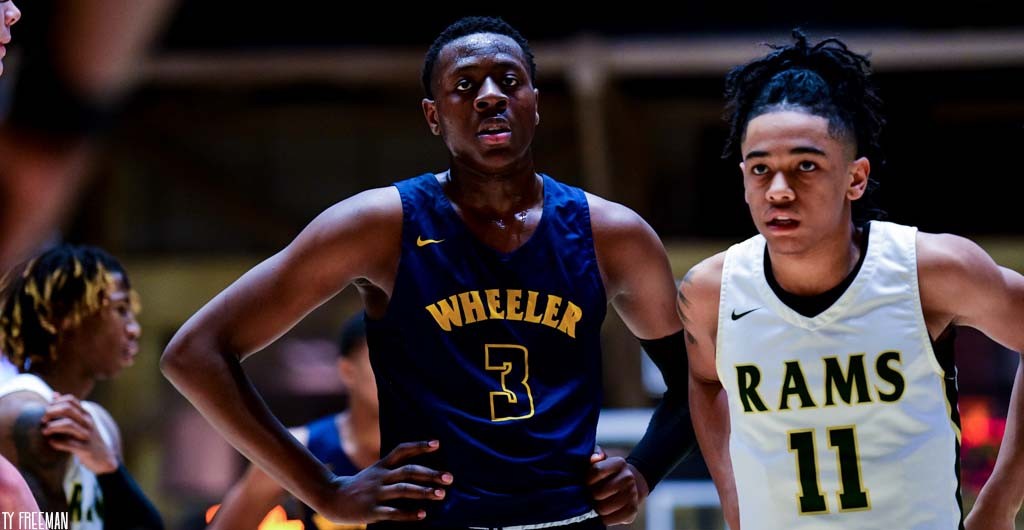 After watching the 7A state championship game from a hotel room, I saw enough in that game to know that Ja’heim Hudson would be a player to track.

While my plan was to watch during the HoopSeen Tip-Off, obviously the COVI-19 coronavirus had another plans for me. After a brief conversation with his head coach Larry Thompson, I received two games via email that I spent the next few hours watching.

Instantly, his wingspan jumps off the screen. That same wingspan proved to be useful on the defensive end where his activity level allowed him to be a backline disruptor. His non-stop pointing, deflections and awareness of open shooters gave me the impression that Hudson is a locked-in defender that can quickly dissect what he is seeing. Hudson's motor makes him serviceable on any given night but it his offense that kept me engaged.

Through the first game against Milton, there were signs of Hudson being a three-level contributor despite not being able to cash in on his outside attempts. To some, the post game is often forgotten, but at this stage in his career, Hudson has both a go-to move and counters that he can show on either block.

During a December game against Grayson, the arsenal that Hudson has at his disposal was on full display. From jab and go drives, to threes and floaters, his offensive skill set is as well rounded as any forward not named Jabari Smith.

Shortly after watching, a quick conversation with coach Thompson gave me some insight into his outlook on Hudson.

"Hudson is becoming a pretty good basketball player. He puts me in the mind of Baybe Iyiola (redshirt junior at Arkansas), a kid I coached at Greenforest. While Hudson is not as tall, they both have a similar skill set. Both kids have a knack for scoring and getting their hands on rebounds out of their area.

"I think Ja'Heim has improved in all areas of the game. He is a guy that we relied on most of the season and needed him to score and defend nightly to win. I think his knack for playing the game has gotten better and his overall basketball IQ has increased as well. His shooting from the perimeter and out to the three-point line has gotten tremendously better and it's all because he works on it daily during PE or after practice.

"They are both two kids that love to compete and don’t mind doing the little or nasty things to get the job done. They both will be kids that get recruited a bit late in their high school careers and will both play their best ball a few years into college."

In a class that does not have a ton of depth at the forward position, Hudson's emergence gives mid major programs a target to prioritize. Surprisingly enough, Hudson lacks his first offer despite being one of the catalyst behind Wheelers 7A state championship run. Wichita State, James Madison, Temple, South Florida, Mercer and Georgia Southern are among a few of the programs that have shown interest to this point.