Devin Carter is one of America's best 2020 available guards 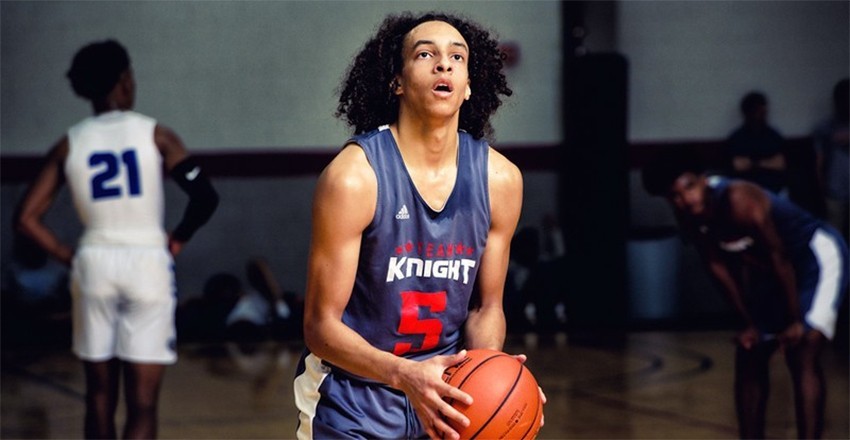 Let’s get right down to it - Devin Carter is one of the best available prospects in the class of 2020 nationally. The senior guard from Doral Academy (FL) is having a monster season. That doesn’t come as a big surprise to us. He’s been in a zone for quite a while now.

And now more college coaches are starting to take even more notice of the MVP of the 2019 Bob Gibbons Tournament of Champions. Carter is averaging nearly 30 points and over nine rebounds a game and has been the catalyst of his team’s 42-3 record over the last season and a half.

Carter is the real deal and his play reflects that. With a roster with some major turnover going into his senior year, the senior guard said he has watched his team come together at the right time. Doral has rattled off eight wins in a row, including a championship at the Jim Clark Holiday Classic.

“Once we went to Orlando (for the Holiday Classic), we started to bond a little big more. That’s where we bonded and starting really playing well together,” Carter said. “I like the way we are playing together right now.”

Carter and Doral will match-up with East Lake, featuring Murray State-bound guard Dionte Blanch on Saturday at the Wally Keller Classic. That’s a perfect type of game to see Carter at his best. He has shined in those kinds of match-up games.

His performance comes off of a stellar spring and summer with Team Knight.

“After the summer, picking up all of those offers and all of those coaches hitting me up, it was a big confidence booster. Going into my senior year, it made it a lot easier playing the game I wanted to. Everything just started slowing down when I play now,” Carter said.

“I definitely feel like i got a lot stronger. My defense picked up quite a bit and I feel like I’m getting to the basket a lot easier now because my handles got better.”

His recruitment is starting to grow, too. He said he’s recently heard from Notre Dame, UConn, South Carolina and Cal. Up to this point, he’s also been offered by East Carolina, DePaul, South Carolina, Florida Atlantic, College of Charleston, Richmond, Florida International and Northern Arizona

“I still have to take my visits,” Carter said, noting that he will take the SAT in March. “I plan on taking some unofficial visits real soon.”

Carter said he might visit Notre Dame, South Carolina and UConn. He’d like to mix those visits into his schedule in February.

“When I find the right chemistry with the coach and the staff, that’s when I’m going to commit. Once I take visits, I’ll probably have a good feel,” Carter said. “Whoever is going to take me in as family and be 100 percent and keeps it real. I want to win and work hard.”

Even with a good list of schools in tow, he’s not ready to shut down his recruitment.