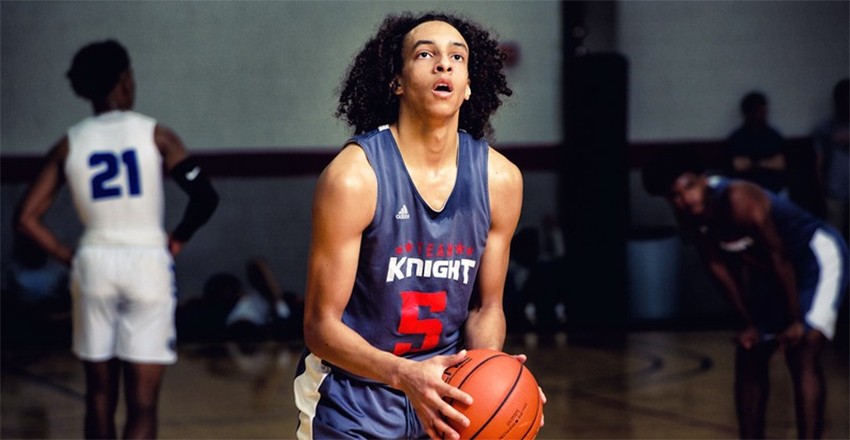 LADERA RANCH, CA - Devin Carter was the Most Valuable Player of the storied Bob Gibbons Tournament of Champions as he helped pilot his Team Knight club to the championship.

Last week in Birmingham, the guard from Doral Academy (FL) continued what we saw from him at Suwanee Sports Academy. Carter sprayed points all over the place in front of college coaches during the July NCAA Live Period.

On the opening day of the adidas Gold Finale, Carter continued to play the song that he’s sung all travel season long. He pumped in 28 points on 10 of 17 shooting from the floor, including seven of nine shooting from three. He's one of the best scorers we've seen regardless of the stage or circuit this year. Moreover, he wins.

Smart coaches jumped in with him before the summer stage blow up. Their early arrival could pay off huge at the end of the day.

We caught up with him here at the Ladera Sports Complex and talked about his growing recruitment.