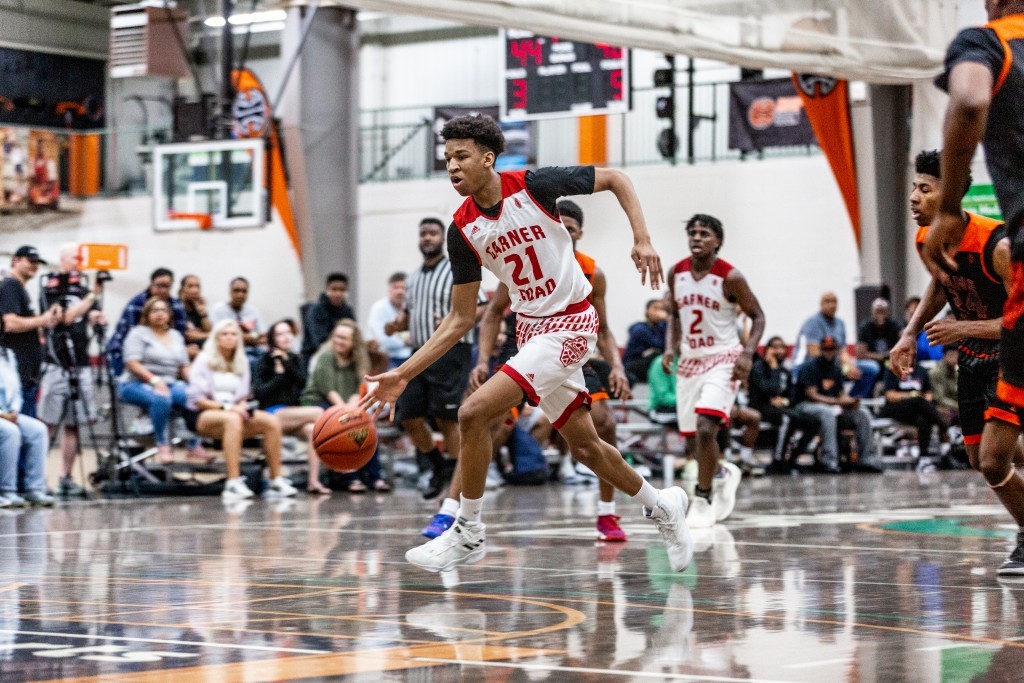 Thomas is a new-age prospect that can play four positions without missing a beat. He has the size at 6-foot-6 and athleticism to play in the paint and the handle along with a shot to play out on the perimeter.

Garner Road Head Coach Dwayne West came over to me at The Tip-Off and he started telling me all of the things that he loved about Thomas.

“He can play so many positions for us. He is a guy that can bring the ball up for us and a guy that can score in the post and rebound for us.”-Dwayne West

Thomas recently moved to Fayetteville from Baton Rogue, Louisiana. His dad played at famed Glen Oaks High School in the late 70’s, the same school that produced Lester Earl, one of the top recruits from Louisiana in the 90’s.

“The head coach, Coach Pastner called me to let me know I have received the offer. I appreciate them, its a blessing to get an offer from them just like from any other school.”