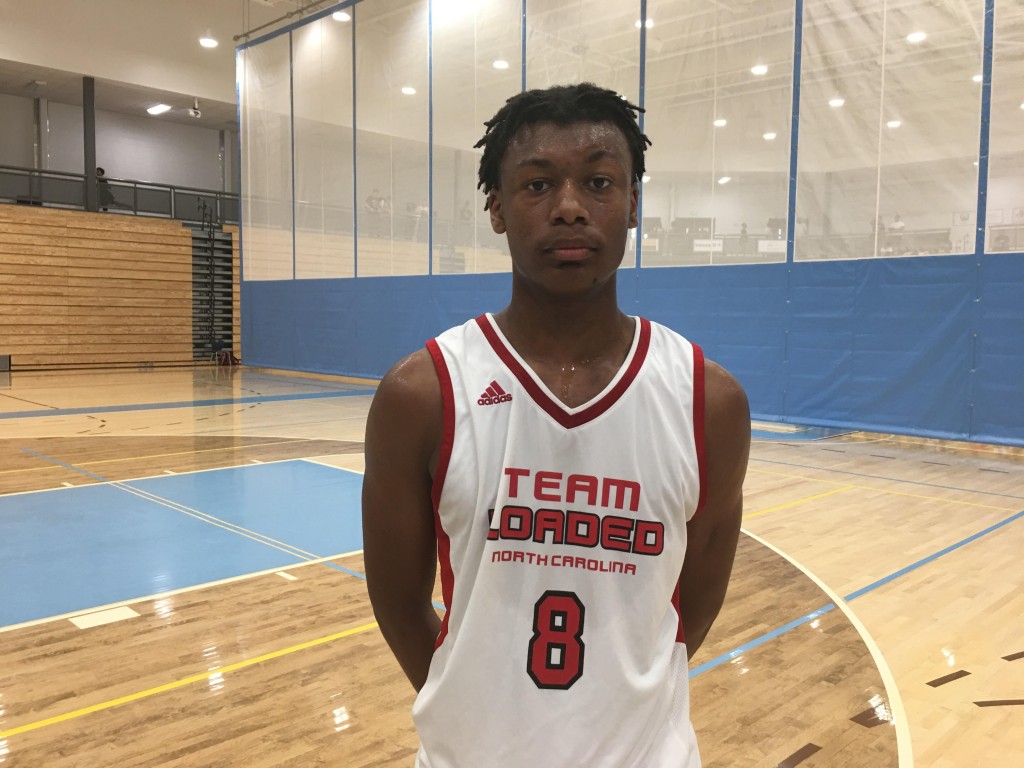 Alpharetta, Georgia - The Bob Gibbons TOC has routinely been a stage that some of the countries best has made their mark in. Today, I spent sometime at Denmark to peek into our pool of young talent. Here are just some of many that stood out. 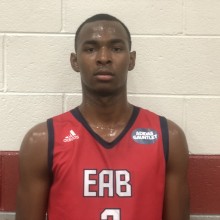 With Keon Johnson announcing his top three of Tennessee, Ohio State, and Virginia, I wanted to take the time to peak into what was coming up through the EAB pipeline. Much to my pleasure, Evan Eusher was there to alleviate any doubts that there wasn't more to look forward too. The home-schooled combo guard would go on to take full control of the offense as both a scorer and facilitator. An elite level feel would lead to a number of quality set-ups as his team's primary distributor. Pushing him off the ball is far from a problem given his efficient use of the basketball and size at this stage in his career. With time and experience, it is not out of the question to one day view Eusher as one of the states top prospects. 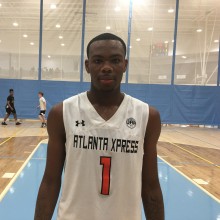 Tift County made noise again this postseason with a rugged style of play that the folks here in Georgia have become accustomed too. Jatarion Warren was one of the major factors in that run and his style of play has carried over seamlessly to the spring. There are many that are more polished at this stage in their career, but the number of prospects whose calling card is playing hard has dwindled at a rapid pace. The rebounding advantage tends to tilt in favor of those teams that allow a player with Warrens physical traits to wreck havoc in the paint. For whatever is lacking in skill at the moment, Warren has made the most of his ability to simply outwork those that are indifferent about the game. Flashes of mid-post drives speak to what he could eventually bring to the table as a forward that makes his impact felt from the free throw line down. As for now, I'm unsure of where Warren may be in our 2021 rankings but those in front of him are in for a long night. 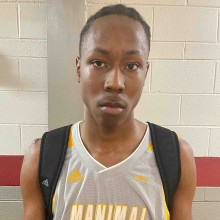 The saying of "all men are created as equals" may not apply when looking at the physical makeup of Manimal Elite forward James Jewell. From the opening tip, you will notice a difference in the length and leaping ability of this 6'5 combo forward. His fluidity points to be him being a possession changing defender that can be slid across a number of positions and systems. Offensively there are moments of eye-popping athleticism that can mainly be seen given the opportunity for a breakaway. Dynamic is the word that comes to mind when summarizing the play that Jewell displayed this morning. 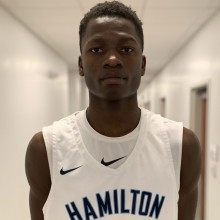 With elite level shot blockers becoming more scarce by the day, the GA Stars are in a unique position having one of the better defenders in the south. Felix Okpara was a man on a mission, tallying up a handful of blocks on two different occasions. His defensive timing is impeccable, especially for a player whose first dose of organized ball started this past September. Some of his best moments on the court weren't captured on the box score given his ability to alter shots and deter easy dump offs. There is still plenty of room in the game for a 6'10 shot blocker that knows his role offensively. High major programs are going to want to track his progress at Hamilton Heights. 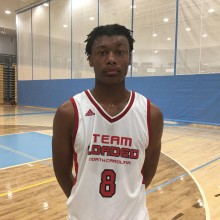 The day belonged to the sharpshooting of Team Loaded NC wing Harrison Alexander. His shot-making was comical to a degree as he would go on to rattle off 11 made threes. His upside is directly tied to his ball handling, as any rise in that category could elevate him to high major status. Given his ability to defend his position and knock down shots at a high rate, at the very least Alexander projects to be an elite level "3&D" prospect that can be planted in a number of systems. The HoopState has pumped out talent for as long as anyone remembers, and Alexander promises to be the next in line.