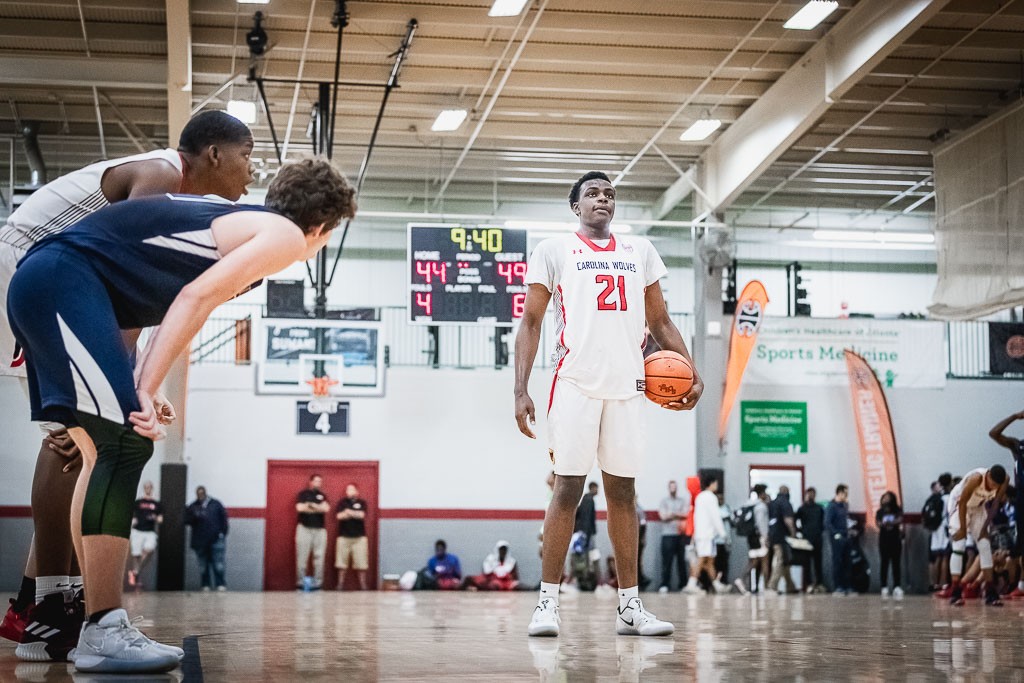 Ja’Von Benson was one of the three best performers at the 2019 Atlanta Jam. The big man from South Carolina was a threat inside and out. Now his recruitment is starting to see the rewards of his hard work on and off the hardwood.

Since the event, he’s picked up four scholarship offers. Presbyterian, Georgia Southern, Murray State and North Carolina A&T. They join USC Upstate and SC State as the schools that have offered.

Georgia State, South Carolina, Winthrop, Wofford and Xavier are also in the mix, Benson said. All but Xavier watched him at the Atlanta Jam and Winthrop head coach Pat Kelsey was a staple at Benson’s game.

He’s been on the campus of South Carolina and Winthrop unofficially.

He recently tweeted: “My recruitment is completely open and there are no favorites right now. I’m interested in all of my offers equally.”

Benson’s journey to the type of player that he is know came with hard work, patterning a lot of what he does on the floor after NBA big man Zach Randolph.

“I think my just may game all around (has improved), but definitely my three-point shot. I can shoot the ball much better now,” Benson said. “And when I feel like I’m better in transition. We can just get the ball and go without looking for a point guard. I think I’m just better as an attacker and more consistent with my free throws. I want to be consistent night in and night out.”