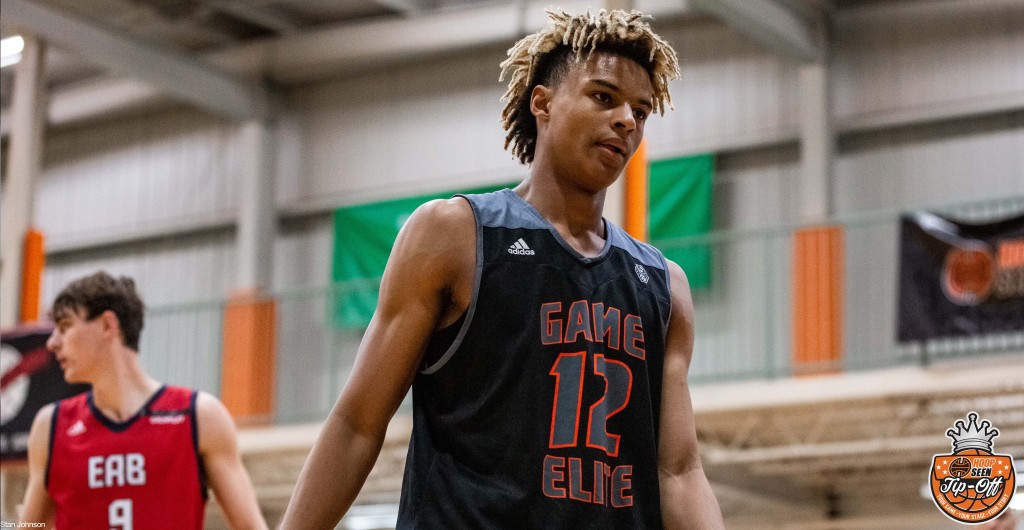 One quick glance on the floor and it is easy to identify Tony Sanders as a high-level college prospect. The 6-foot-7 wing for Game Elite JB is a long and active prospect who has a terrific basketball frame and athleticism that jumps out.

Sanders, who plays at Miami (FL) Gulliver Prep, was certainly an eye-catcher at the HoopSeen Tip-Off over the weekend. We first saw him over a year ago at the City of Palms tournament in Fort Myers and was encouraged by another view of him in the travel setting.

Sanders covers a lot of ground with his size and length on the wing and there is a smooth delivery on the offensive end of the floor as he glides in transition.

We certainly aren’t the only ones intrigued by his long term potential. Sanders said he currently holds scholarship offers from Florida State, Florida, Virginia, Georgia, Xavier and Wyoming.