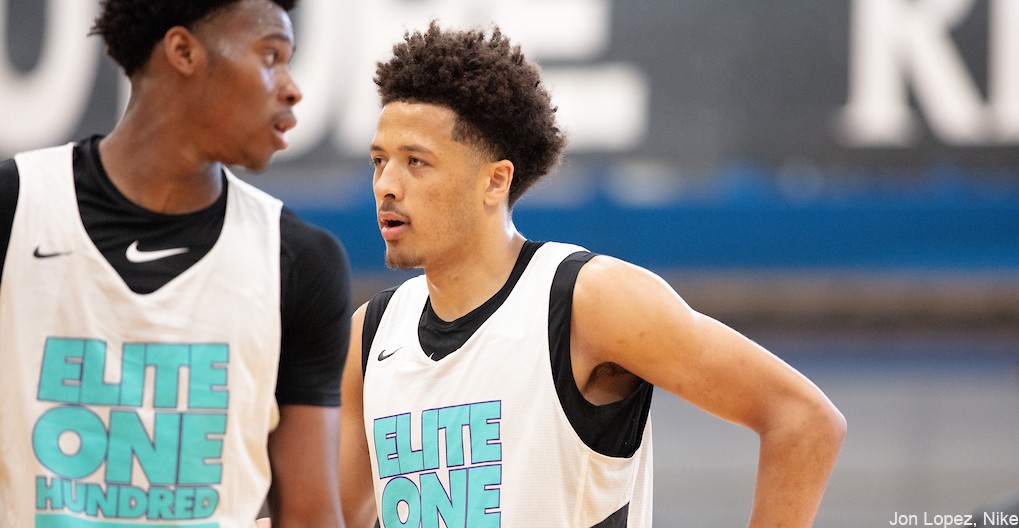 Last weekend in Tampa at the ARS/Rescue Rooter National Hoopfest, Cade Cunningham put the nation on notice. The junior from Arlington, Texas is ready for the next stratosphere of his player development.

Cunningham was outstanding for Montverde Academy in their convincing win over Oak Hill Academy on national television.

“I think I really showcased my ability against really good players,” Cunningham said after the game.

Indeed he was. Offensively, he was great. He hit perimeter shots with ease, got the rim with little pushback and was a playmaker for his teammates. But it was his defense that should draw the most praise. Cunningham was excellent when paired against McDonald’s All-American Cole Anthony.

“We gave him so much attention because he’s such a good player. We kept an eye on him, not making it easy for him and making sure everything he did was hard,” Cunningham said.

The second layer of Cunningham’s success was his play at the point guard position. Looking back on Montverde at the beginning of the season, there were questions about who would be the point guard for coach Kevin Boyle.

Cunningham has emerged as the guy for that role. And he’s shined at it. Getting to that place in his development wasn’t a hard transition, Cunningham said.

“This summer I played 16U for my brother and I think (that experience was) about getting ready to be a ball-handler. So when I got here (at Montverde), I was prepared for it. Then coach Boyle let me do it. So, that was big,” Cunningham said.

“I find myself making better reads and seeing the game. Coach Boyle has helped me with that tremendously. I think I’m doing a little better with my jump shot, too.”

There were times in the match-up where Cunningham played the role of Ben Simmons but with a more diversified offense. A quick rewind into prep rankings history reminds us that Simmons was the no-brainer No. 1 player in the country.

The top of the class of 2020 is getting crowded at the top, and that's a good thing. Evan Mobley, Scottie Barnes, Jalen Green, Brandon Boston and Jalen Johnson are also in at the top. We will update the rankings for the class nationally very soon. Cunningham will be making a move up from No. 12 overall.

With that kind of profile, it shouldn’t come as a big surprise that his recruitment has a wide variety of schools hot in the mix. But, Cunningham remains rather mum on his recruitment.

Cunningham hasn't taken any official visits to date but he's certainly taking mental notes on who is who and where he could fit with his potential collegiate home.

Duke has been down to Montverde to see him in action. A native of Arlington, Texas, it doesn't come as a big surprise that TCU and Texas are involved. So is Michigan. He's been to Florida unofficially.

Here’s a note to keep in mind - his brother, Cannen, is on the Tulane coaching staff as the Associate Director of Video Operations.

The schools will come. Especially for a guy like Cunningham. Why rush the process? He’s certainly not.