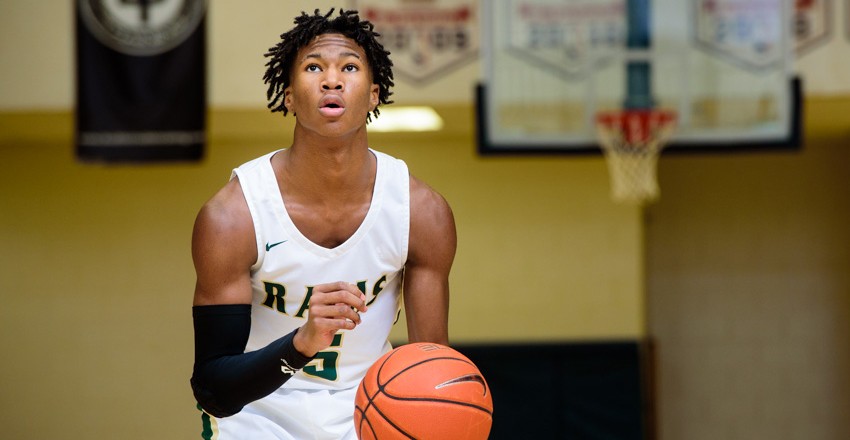 Welcome to 2019. New narratives start now. Here’s one for you. Deivon Smith will be a top 40 national player by the end of the spring by the two big recruiting services - 247 Sports and Rivals. We’ll hedge hard on that belief regarding the Grayson (GA) point guard.

Smith, in our view, is that level player right now. Our upcoming rankings update will reflect that.

Smith helped Grayson win the prestigious tournament. He was named MVP of the National Division. We have Smith at No. 9 overall in Georgia’s 2020 class. Obviously, he’ll rise in the upcoming update.

Nationally, you could argue that Smith is one of the five best point guards overall in the 2020 class.

The improvement to Smith’s game has been something fun to watch. He’s growing, too. His athleticism is next level. So is his speed. As a rebounder, Smith is one of the best at his position nationally.

Grayson is 13-2 on the season. Geoffrey Pierce’s program has been one of the very best in the Peach State over the last four years, winning over 20 games in each of those seasons.

Clemson head coach Brad Brownell, Georgia’s Tom Crean and Georgia Tech head coach Josh Pastner both spent time watching Smith at the Tournament of Champions. So did UAB, Xavier and Wichita State. All of those programs have already offered him. Florida and Old Dominion have too.

Food for thought…A potential meeting with Sharife Cooper, Georgia’s top overall point guard, and McEachern is a dream match-up for point guard play and team pairings. The meeting would happen in the state tournament.