2020 North Mecklenburg guard Tristan Maxwell on his NBA father and all things recruiting. 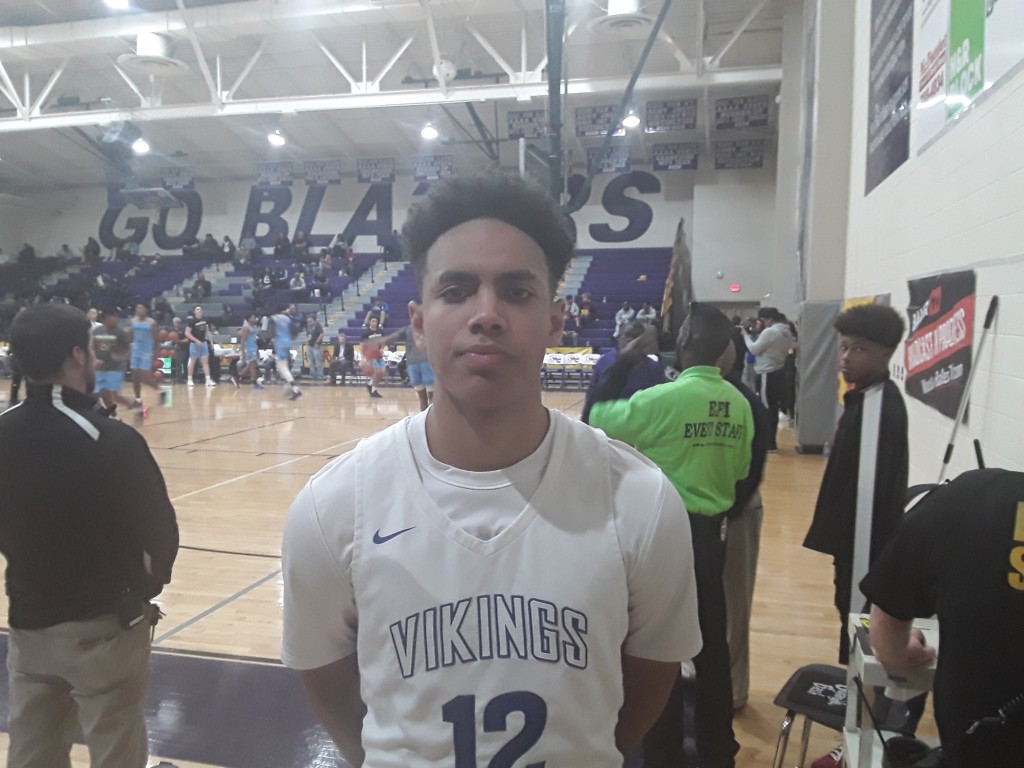 Columbia, SC - North Mecklenburg has another 1,000 point scorer in their history books as junior guard Tristan Maxwell recently surpassed the milestone. That marker comes as no surprise given the juniors frame and his effectiveness as a shooter. At the Bojangles Bash, Maxwell showed the full package, as his long distance shot has brought along several suitors.

" Providence offered me. NC State offered me. Florida and South Florida. NC State was my first offer back in 9th grade. I was very excited to get that offer. That's a big D1 school."

After being offered at such a young age, Maxwell said the staff noticed a few things in him as a young prospect.

"What they like about my game is how I can shoot it and put it on the floor a little bit. I wasn't a big guard at the time but they could see it in me."

Being the son of former NBA player Vernon Maxwell has its obvious perks as Maxwell spoke about the guidance his father has offered so far.

"He's been just talking to me about taking my game to the next level. Because he was a defender and a shooter so he's been teaching me since I was little.

With a few offers currently under his belt, theres a few schools that have been identified for potential visits.

"I definitely want to visit NC State again. I've been there unofficially. Providence, Florida, and Virginia."

When asked what factors will go into his decision, Maxwell had this to say.

"The play style. I want to have a good relationship with the players and coaches. A lot of threes"

With his father having such a long and fruitful career, Maxwell should benefit greatly from his tuteledge along the way. For now, Maxwell will continue to torch the nets while he works on his ball handling to become a well rounded threat. With ACC and SEC schools already involved, his recruitment could continue to trend upwards as he polishes up his skill set.