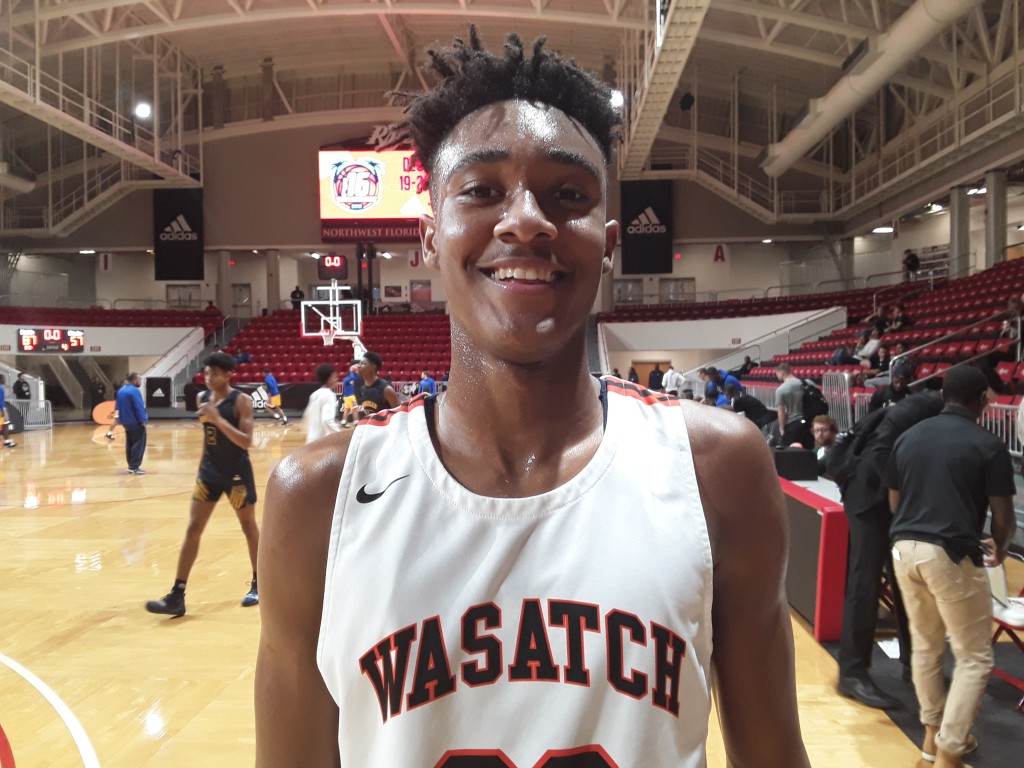 Here's the scene. A lopsided Wasatch victory prompted head coach David Evans to remove the starters and allow some of his bench unit players to finish out the remaining minutes. It was then, front row at the Emerald Coast 16 that 6'7 junior, Leonardo Colimerio came jogging across my face. Watching a blowout can feel purposeless at times, but at that moment, I felt as if I were watching a future top 25 talent take the floor.

A high projection for a player coming off the bench right? I don't think so. Wasatch Academy is one of the nations top programs for a reason. High-level depth is needed to compete at that level, so the notion of a standout playing the role of a reserve is not far-fetched. After talking with Colimerio after the game, his potential hasn't gone unnoticed as programs in the region have been involved.

"I got Colorado. BYU, Utah State. I went to an official visit to Colorado. I like it a lot. It was pretty good."

"Education." Colimerio said when asked what stood out. "It's probably my top school right now. I like the coaching staff. They treated me pretty well. BYU is another top school. They got my boy Bernardo(da Silva) at BYU. So basically they want us to play together. It's a tough school. It's a good school."

Colimerio is every inch of 6'7 with an intriguing skill set to match. His ability to handle that ball at his size will fare him well as a high-level IQ flickered through in limited minutes. Despite adjusting from the basketball he once played in Brazil, Colimerio has found his footing as a prospect.

There's an argument to be made that versatility is the most coveted word used when evaluating a prospect today's game. It's the most fitting to use when describing Colimerio as he has both the size and skill level needed to play at a high level. With a handful of close proximity programs tracking his development, it'll be interesting to see if his play in the spring will draw out of area suitors. Programs from the Big Ten, Pac 12 and Mountain West would be wise to get involved as Colimerio is poised for a breakout spring.