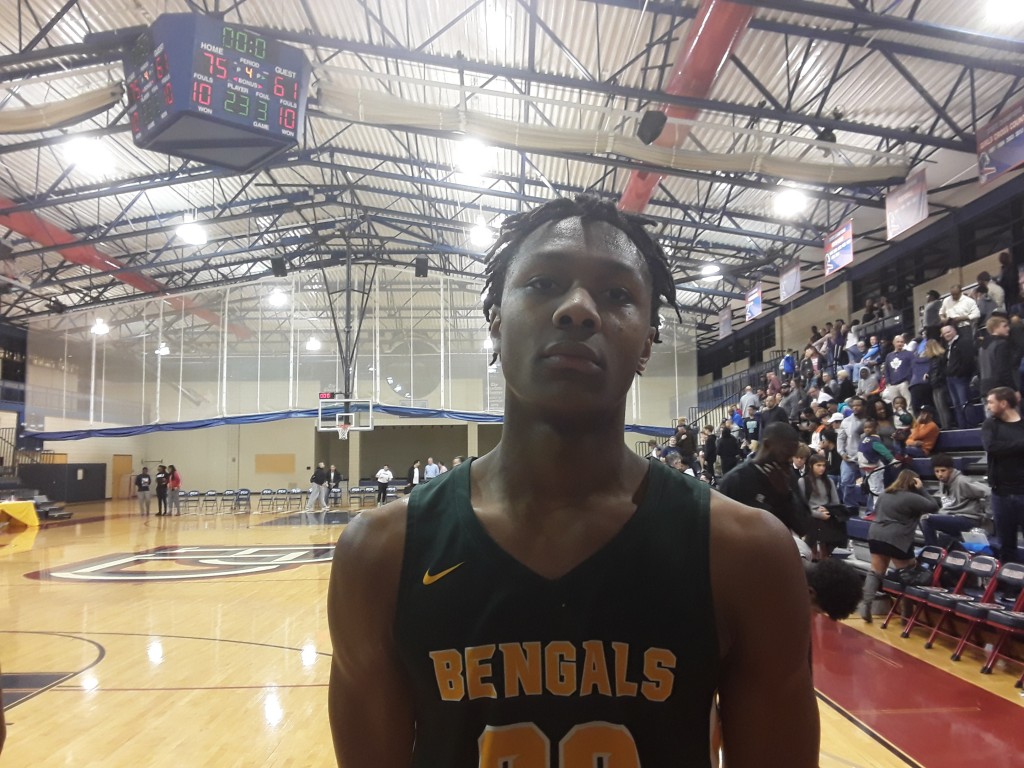 Charlotte, NC - The CrownTown Classic brought together several of the states best to the Providence Day school on Saturday afternoon. Out of a day filled with a ton of talent, one player that stood out was 6'8 2021 forward Josh Taylor. It felt like a reintroduction to a player that has started to take his game to a different level since his transfer to Greensboro Day.

"I know I've gotten way more mature about the game. It's not just about scoring every basket. You can't just depend on yourself, you have to depend on everybody around you. Then in terms of what goes on on the court, I've gave up the score, score, score mentality. I've adapted the mentality that wherever I'm at on the court I'm going to be the most effecient and do whatever needs to be done"

Now armed with a noticeably bigger frame, Taylor mentioned his activity in the weightroom as one of his biggest improvements.

"I'm doing alot of upper body stuff. Benching, curls, pushups. I think I've gained at least 10 pounds. From the high school I was at to now, I feel like Im more focused on the weights because I know I have to get bigger, stronger, faster."

Taylor has been a well know name for sometime, but his improvements since moving to Greensboro day could cause another uptick in his recruitment. Being next to another top prospect in sophomore guard Cam Hayes should only help his cause as the pair recently visited the Blue Devils.

"I got to go to Duke recently. They had a game. I forgot who they played but that was my first Duke home game I've been too. I got to feel the environment in the gym and how that affects other teams too. And then going back to the area where the players are, you can feel the team chemistry and how they get along and stuff, and,how coach K handles situations. "Nothing recently." Taylor said when asked about any new offers "I've talked to Lipscomb. The most recent offers I have are TCU, LSU, Texas Tech and St. Johns.

After seeing Taylor at the CrownTown Classic, there appears to be another level or two that the long armed forward is capable of reaching. An improved body, along with an apparent shift in his mindset will cause several other high majors to get involved. Taylors recruitment could take on an ACC, and SEC flavor sooner than later.