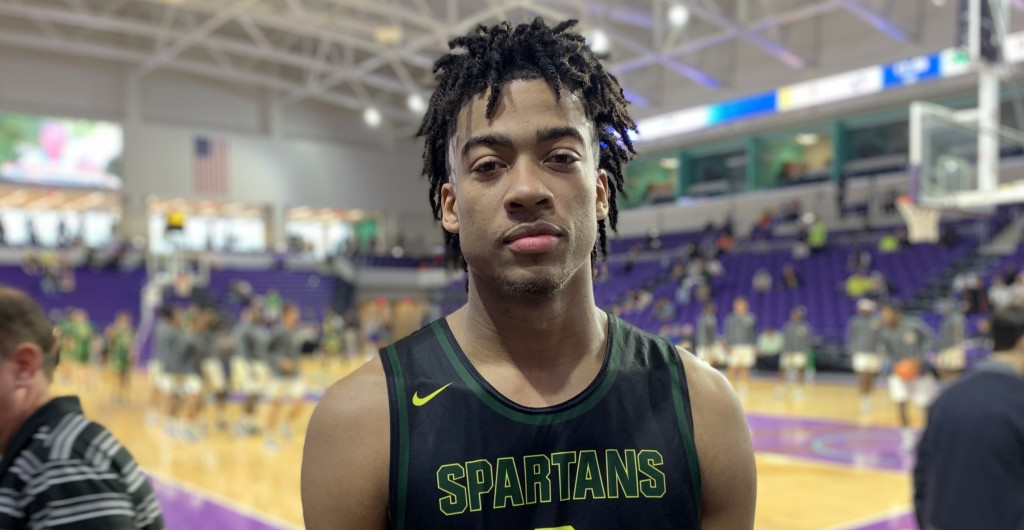 On Monday night at the City of Palms Classic, the 6-foot-8 forward from Birmingham, Alabama played like a guy that could be one of the most exciting freshmen in America next fall.

Watford scored 31 points and grabbed eight rebounds for his team in an opening round win over D.C.’s Woodrow Wilson and the Maryland bound 6-foot-9, 230-pound Mitchell twins - Makhi and Makhel.

Watford was simply dominant. That’s been something to expect with him over the years. He’s one of the most productive big men in the class of 2019 and it shouldn’t come as a big surprise that his recruitment is now in the homestretch with some hoop powers.

He said he’s looking to make a decision after his high school season is over, noting the big day could come around the time of All-Star games. (Let it be noted, he’d get our vote for the McDonald’s All-American game.)

To date, he’s taken official visits to LSU and Memphis. He’ll be on the campus of Alabama on January 5 when Kentucky comes to town. And, of course, he’s been to Indiana plenty. His older brother, Christian, starred for the Hoosiers. A visit for February 26 to Bloomington is on his calendar.

On Indiana: "Obviously, my brother played there so it's a big legacy there. I like Coach Archie Miller and he just got a top recruit, Trayce Jackson-Davis and he texts me every day.”

On LSU: “Coach Will Wade, obviously they have Naz Ried, Emmitt Williams and Javonte Smart this year they have a good chance to win the SEC this year, so I enjoyed my official visit and I’m going to go keep watching.”

On Memphis: "I have a strong relationship with coach Mike Miller. It’s a new coaching staff over there with Coach (Penny) Hardaway and Coach Miller and Sam Mitchell. I like what they're doing over there and obviously they got a top recruit in James Wiseman, who I played with this summer. He probably just texted me right now. He texts me every day, telling me he needs me.”

There’s no rush, Watford said. The goal, at least for the time being, is bringing home a championship from Fort Myers.