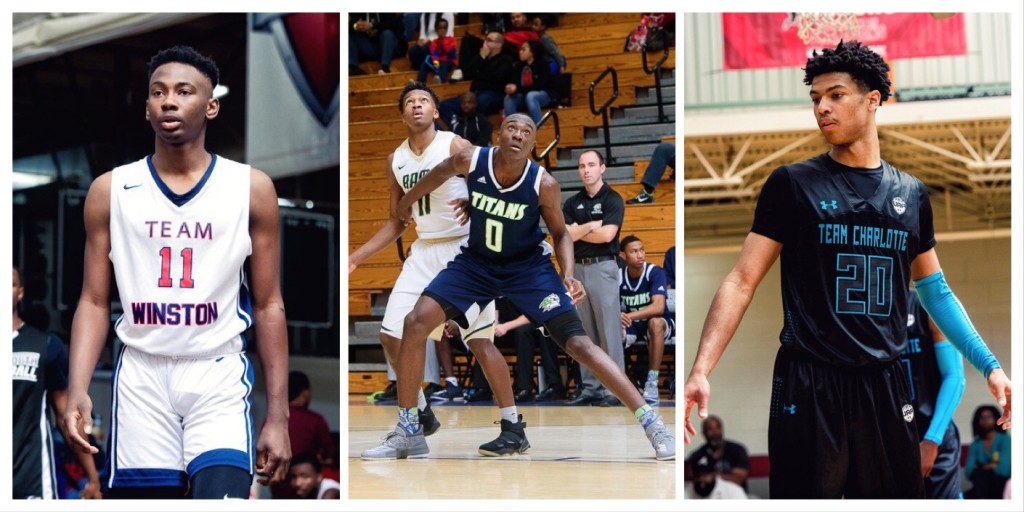 Georgia Southern landed in-state target McKenzie Mcfatten over the weekend, leaving many division 1 programs with a void to fill at the forward spot. Today we take a look at some of the available prospects that could see a rise in their recruitment

Once a relative unknown, Julius Dixon played his way into several ASUN, OVC, and Big South offers during a productive travel season. Dixon played a key role in the winning ways of the Tigers this season as his personal growth was evident from April through July. Dixon has an inside-outside game that coaches grew to love as he would often let people peek into his box of tools. Forwards that can shoot the 3 without sacrificing their inside game are hard to come by and yet Dixon flirted with that line well despite being such a young prospect. His first year of travel basketball didn't go unnoticed but you have to wonder if there are still staffs that are unaware. With his visits set, it will be interesting to see if any of the programs in waiting now get involved. - Tai Young

Littlepage drew a ton of interest during July with JSI Elite and programs are beginning to revisit the versatile forward. At 6-foot-7 and the ability to play inside and out, the senior is just scraping the surface with his development. As an ideal face-up 4 man, Littlepage can step out and shoot it and take defenders off the dribble. However, one of the best aspects of his game is his defense. He is one of the best shot-blockers in the South, but he can also move his feet and guard multiple positions. Weight and strength is the only thing Littlepage is missing and schools are starting to take notice. Alabama A&M extended an offer last week, while Campbell, Presbyterian, and a host of other schools are monitoring. - Garrett Tucker

This uber-athletic forward made this list due to his defensive versatility and instincts. He’s certainly not a carbon copy of McFatten as Nkereuwem boasts a better defensive presence while developing his offensive package. At this stage, Nkereuwem is capable of rip driving defenders effectively while using his length and athleticism to be a guy that must be boxed out on the offensive glass. Nkereuwem has the size, motor and athleticism to shift back and forth between both the 4 and 5 spots while moving his feet well enough to contain small guards. His potential is high and his floor should still allow him to be productive at his school of choice.  Schools from the MEAC, Big South, and Colonial are all involved but don’t be surprised if others jump in the mix if a finalist doesn’t emerge soon. - Tai Young

Team Winston was extremely impressive at the Bob Gibbons Tournament of Champions in May. With a group of versatile, talented players, 6-foot-7 forward Zack Austin was one of the most intriguing players the North Carolina-based team had to offer. Austin has size, length, and versatility that make him valuable, but his motor and intensity separate him from his peers. With many forwards and post prospects coming off the board left and right, don't be surprised if Austin's recruitment begins to pick up in a hurry.  - Garrett Tucker

One of the most versatile players to make the cut, TJ Bickerstaff of Sandy Creek-Team Charlotte has the tools to pose a serious threat to defenses. Legitimate size and skill for several positions gives Bickerstaff tremendous value for programs willing to allow their forwards some playmaking responsibility. Bickerstaff has the ability to provide offense as both a scorer and facilitator being both unselfish end willing in his approach to the game. Early in the UAA circuit he became a more aggressive rebounder thus adding value to a sky-high stock. His production for Team Charlotte varied which may have staggered his recruitment but he's still a sure talent for mid-major programs. - Tai Young