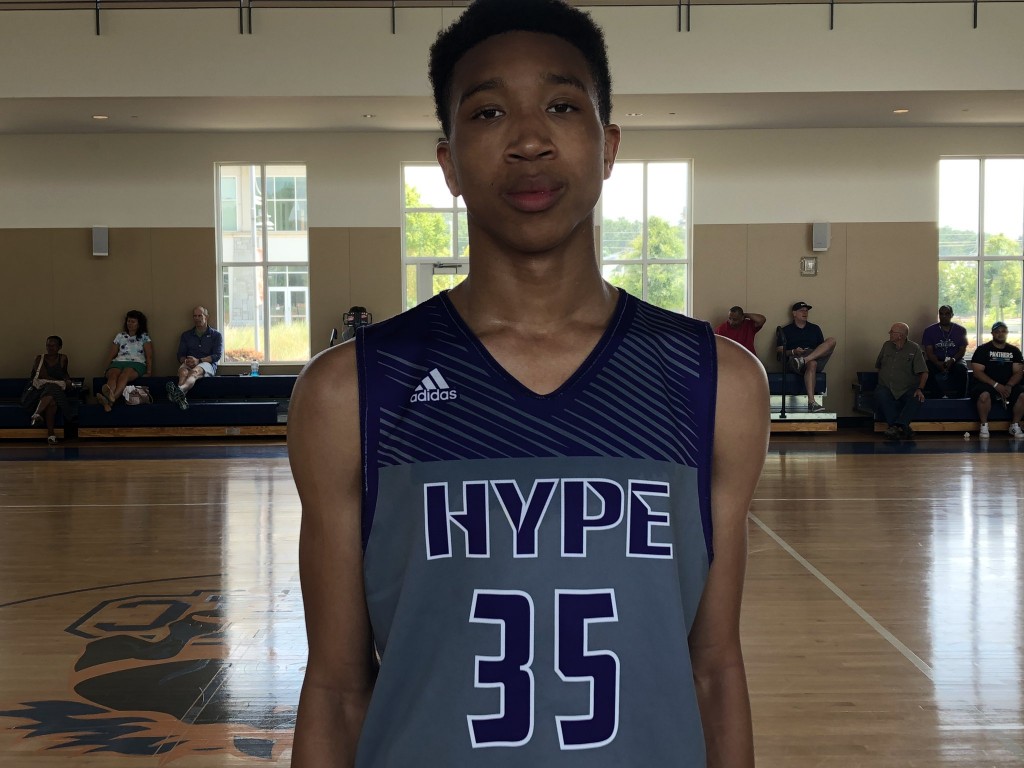 Jaden Harris, Georgia Stars 2021: Spend just a few minutes watching Jaden Harris and it becomes crystal clear why Georgia State, Georgia Tech, and Ole Miss have offered the rising sophomore. Harris is a complete point guard with the poise and IQ to match. His ability to make the correct reads using pick-and-roll actions was definitely noticeable this weekend. He threaded the needle on his passes by consistently setting his teammates up for easy baskets. He displayed a versatile scoring ability and found ways put points on the board from all areas. With a strong 6-foot-3 frame, he’s got a tremendous upside as his career continues to progress. - Austin Smith

Izaiah Williams, Ga Elite Ballers/GP 2020: One of the deadliest sharpshooters at our BOTS had to be Norcross product Izaiah Wiliams. It's not the first time I've seen Williams go off as in other events he has scored the ball extremely well. I get a laugh from watching teams that are unaware of his reputation as a deep range shooter try to guard him. This 6'3 guard can go off from multiple three-pointers in a single game, torching the nets on the way to a game-high in points. He plays with an edge. He plays with a swagger. He continues to get stuff done at our HoopSeen events. - Tai Young

Cole Middleton, HYPE 2021: As one half of HYPE 2021’s two-headed monster, Cole Middleton was very impressive once again. Middleton’s motor and his physicality on each possession stood out the most at the #BOTS. Listed as a 6-foot-5 power forward, he utilized his athleticism by being a brute force in the paint. He aggressively battled for rebounds and embraced defenders contesting him on his finishes around the rim. His jumping ability allowed him to block shots and have some notable dunks. Middleton carried multiple double-double performances throughout this weekend. - Austin Smith

Jacobi Wood, Team WHBH 2020: Everywhere Team WHBH went there seemed to be a handful of coaches that came to follow. With a Creighton visit soon to come, Jacobi Wood impressed several low to high major schools in attendance with his shot making ability. Leading his team to a winning record at the Best of the South, the impact lead guard would shoulder the load during spurts in which his team needed a boost. Based on his play this past weekend, it will be interesting to see how his recruitment continues to develop amongst the mid and high major schools. Tai Young

Matthew Cleveland, HYPE 2021: Matthew Cleveland was a key scorer for HYPE 2021 on multiple occasions throughout the #BOTS tourney. His contribution surely helped them win the 16-and-under white division championship. With his long wingspan and height at 6-foot-3, Cleveland passes the eye test.  His game was heralded by his ability to finish at the rim. He did well pushing the ball in transition and converting layups/floaters with contact. On the defensive side, he was active in the passing lanes and keen on forcing turnovers. Georgia State and Middle Tennessee State are both showing interest in Cleveland. - Austin Smith