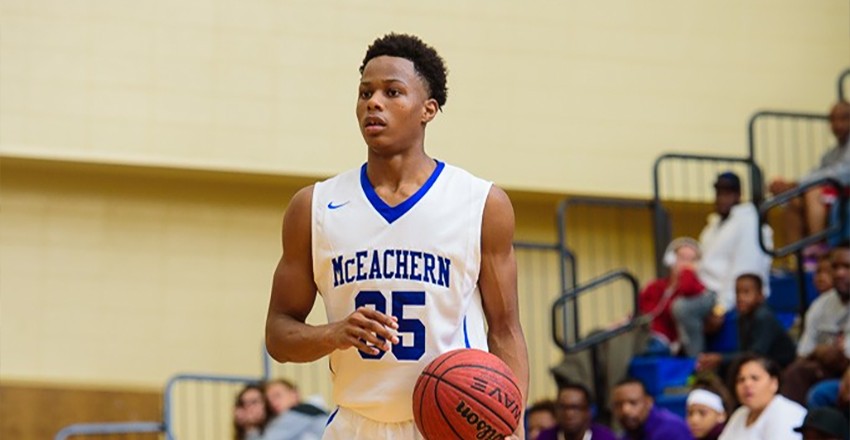 HoopSeen’s newly minted No. 1 player for the class of 2019 is McEachern swingman Isaac Okoro.

The 6-foot-5 exploded onto the scene nationally as he led the Indians to a perfect regular season record and a national ranking before ending their season 29-1, bowing out in the Class 7A Final Four to eventual state champ Tift County.

It wasn’t the dream ending that Okoro and the Indians wanted, but it will be something McEachern can use as fuel.

“We just got to keep working hard because next year we know we’re getting some new people, we got to get our chemistry up and hopefully we will get to the state championship and win it,” Okoro said.

His rise to prominence has been a long journey.

“It feels great because once upon a time nobody knew me, so I have to keep on working hard in order to get to the top and stay humble,” he said.

Florida State, Auburn, Georgia Tech, Tulane and others have offered Okoro with Harvard the most recent to have shown interest. Okoro isn’t planning on taking any visits right now and is focusing on his travel season with 17U A.O.T.