Kamani Johnson is ready for his turn 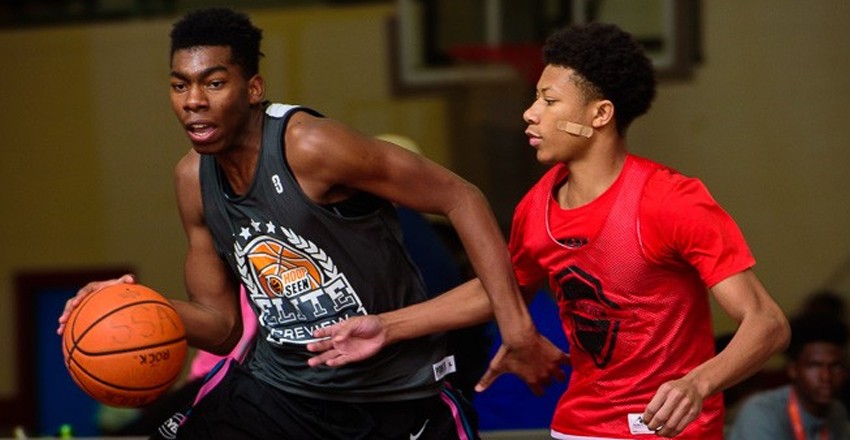 Get ready to read more about Kamani Johnson this spring and summer. The 6-foot-7 forward from Atlanta (GA) Holy Spirit Prep is about to be a name that pops up quite a bit in recruiting circles.

Johnson played a big role in Holy Spirit Prep’s GISA state championship run this season and now he’s ready to suit up and find success on the travel circuit with the Nike EYBL team Southern Stampede.

The junior made some big improvements this season as a mismatch post player and now he’s looking to make that same sort of splash in the coming months. 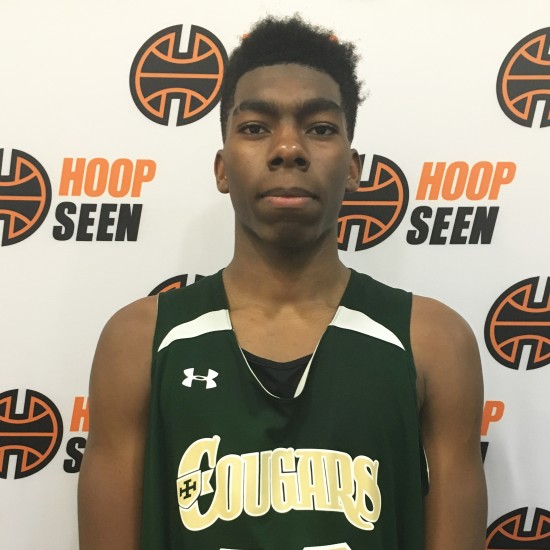 “I think I’m a better scorer and my mindset has changed. I’ve really learned that you can’t take any plays off. None at all. You have to challenge yourself on every play,” Johnson said of the lessons learned over the last year. “I think I have more heart now. Offensively, I’m pretty aggressive and I think I’m a pretty good defensive player. I don’t think people realize that.”

On the recruiting front, Johnson currently holds offers from Memphis, Florida Gulf Coast and Central Florida. Johnson said coaches from FGCU, Butler, Georgetown, Georgia Tech and Georgia Southern have been in to see him play or practice during the high school season.

He added coaches from Minnesota and Nebraska have also expressed an interest to recruit him.

Recruiting isn’t new to Johnson. He saw the process up close and personal when his brother Dakari was nationally recruited before signing with Kentucky.

“I feel like this is the second time around for me. With my brother, I’ve already been on this path somewhat,” Johnson said. “I went with him on all of his visits. I think for me it is going to be all about finding the right fit. Me and my brother are two different people and two different players. So fit is going to be an important thing for me. But I like the process. It’s pretty cool.”