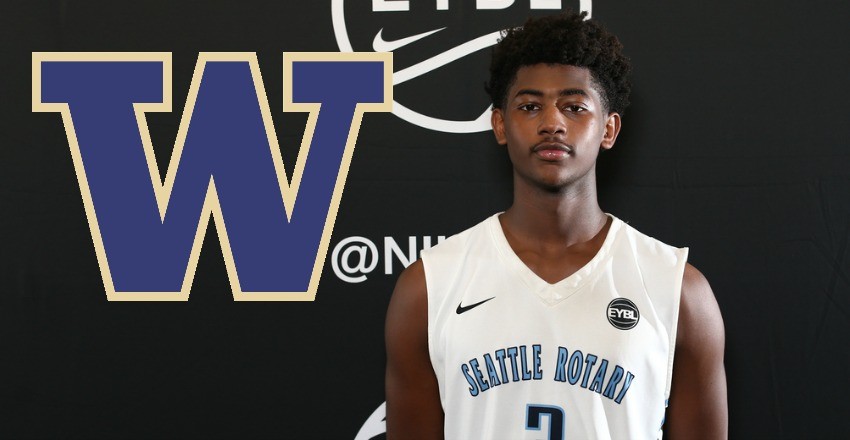 Very rarely does a prospect commit to a school, back away from the verbal, and then end up playing out his college career at that respective institution. Daejon Davis comes in the minority here as he made his college decision to attend the University of Washington today, several months after originally backing away from his commitment this past spring.

A native of Seattle, Washington, Davis has been a pretty well followed recruit on the trail during his high school career. Someone that can play various spots on the perimeter on the offensive end and has lock-down abilities as an on-ball defender on the other end of the court, there is a lot of immediate production with the in-state recruit.

Already having put together one of the best classes not just on the west coast, but rather throughout all across the nation, Davis is another excellent haul for the Pac 12 bunch. A 6-foot-3 guard with a 6-foot-6 wingspan, the Garfield High product has laid his hat on his ability to make shots, facilitate an offense when asked to do so, and also defend the opposing bunch’s best offensive weapon on the other side of the floor.

Capable of playing various spots in the backcourt, Davis is coming off a solid gold medal run with the United States under-17 bunch this past summer in Spain, and a good go of it on the Nike circuit with the Seattle Rotary squad. Making over 40-percent of his perimeter jumpers enabled for an efficient 17 points per game averages as Davis chipped in further with over five rebounds, two assists, and a steal in any given contest.

Attending the same high school as past UW standouts Brandon Roy, Will Conroy, and Tony Wroten, and playing alongside fellow Huskies commit Jaylen Nowell, it is fair to say that the connection between Garfield High and Washington has worked out nicely for Lorenzo Romar during his tenure in Seattle.

The fifth commitment in the 2017 class, there is plenty of room for optimism with the class headed to UW next fall. Led by five-star small forward Michael Porter, Davis joins Jaylen Nowell in becoming the third top-100 commit for the Pac 12 program. Others in the fold include playmaking lead guard Blake Harris and high upside power forward Mamoudou Diarra, thus creating an excellent crop for the Huskies entering the early signing period this week.