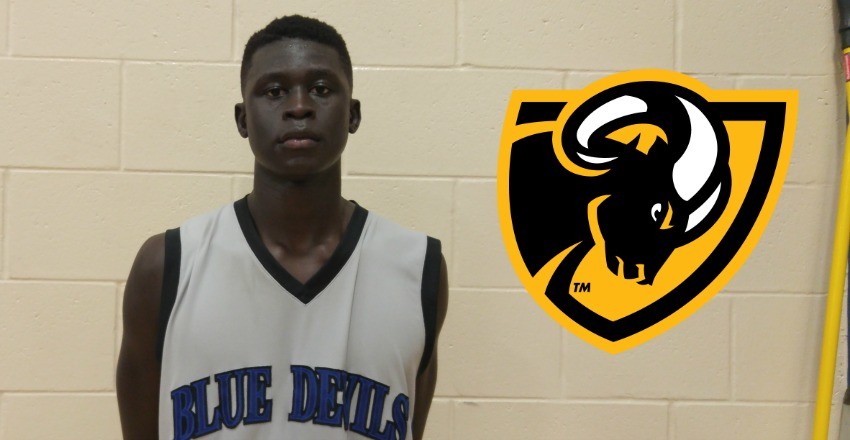 One of the hardest playing big men in all of the land and one of the best that had remained on the board until the current moment, Mayan Kiir has come to a final college decision. The 6-foot-8 power forward from Victory Rock Prep in Florida made it official for VCU on Monday.

Relying on Kiir and his energy levels will never be in question. While finding consistency out of high school athletes can be an issue at times, Kiir is someone that has bit his teeth on just how hard he plays each time out on the floor, something that enables for excellent rebounding numbers and easy baskets thru the sheer motor from him.

For the most part, when one thinks about a ballplayer competing hard, it usually comes as a sign that he has to make up for the shortcoming within his game based around a polished skillset. This is not the case for Kiir where the Australian native has great back to the basket skills while heavily guarded but can also face his man up and either knock down the mid-range jumper, or put the ball on the floor before then converting at the rim.

Beating out the likes of NC State, LSU, and Illinois for his signature, VCU found exactly what it was looking for with Kiir. Needing a premier rebounder of the ball due to the pending gradation of Mo Alie-Cox, the go-to frontcourt option for the Rams the past few years in Richmond, the American import should be the perfect replacement for the all-league big man. "He has a great motor, great work ethic, and a good feel for defense with the proper rotations," his coach, Loren Jackson, told HoopSeen.

The fourth commitment in the 2017 class, VCU has now picked up the appropriate pieces in the frontcourt that should equate to future runs deep into March. Along with Kiir, the hard playing power forward is joined by mismatch issue Sean Mobley and elite rebounder Marcus Santos-Silva, while the four-man class is topped off by top-75 lead guard Lavar Batts, cementing the Rams’ status as the best group of senior signees within the Atlantic 10 this fall.