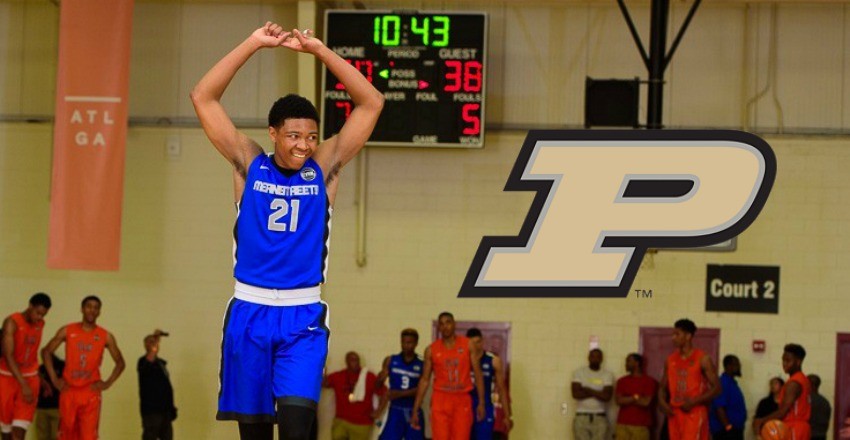 Things have come to an end for Nojel Eastern. A 6-foot-6 swingman that can play all three spots out on the perimeter, the Evanston Township guard took his time with the recruiting process while remaining close to the vest with the entire endeavor. On Wednesday, with a bevy of programs vying for his signature, Eastern made it official by committing to Purdue.

A member of the USA Basketball family, someone that has been and will continued to be valued for his versatility in the backcourt, Eastern is the type of guard that can wear many hats for his squad. The lefty has improved his perimeter jumper in past months while remaining best used on the ball. Due to his added size standing at 6-foot-6 and boasting a 6-foot-8 wingspan, the Illinois native is a great playmaker and facilitator within the half-court setting.

The lefty has the physical tangibles that could make him a lockdown defender out on the perimeter and with the body that should enable for quality strength gain along with his added wingspan, Eastern could even guard players bigger than him in the post. Competing with an egoless mentality and a recruit that should buy-in straight out of the gates, Purdue landed an excellent piece in the backcourt.

On the Nike EYBL circuit this past summer, the Meanstreets product may not have displayed elite scoring skills, though he was able to touch every box on the final stat sheet. Averaging over nine points, five rebounds, two assists and a steal per contest, there is a lot to like about what Eastern can become down the road. Sure, he does have to add consistency to his jump shot but with a worker’s approach and versatility at his fingertips, the top-50 recruit should fit in nicely.

The third commitment in the 2017 class for the Boilermakers, Eastern becomes the gem of the group for the program in Lafayette. He joins high upside and another versatile piece in 6-foot-7 small forward Aaron Wheeler, along with 7-footer Matt Haarms, completing the 2017 recruiting class in the fall for Matt Painter’s bunch.