Michael Okauru takes the next step 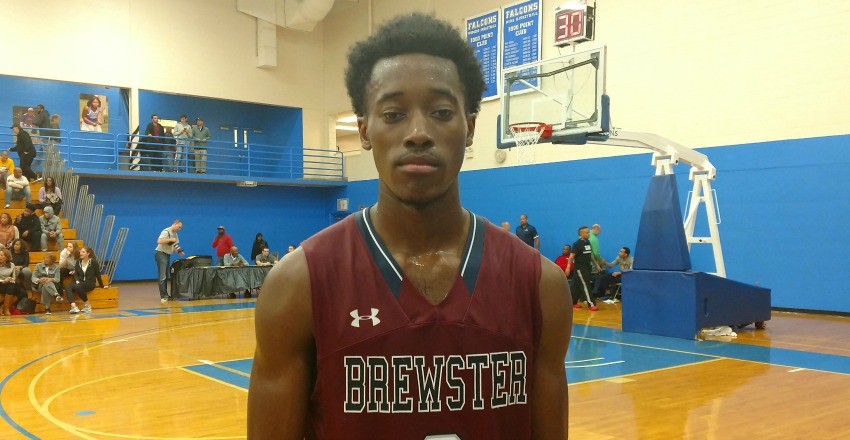 Michael Okauru takes the next step

The National Prep Showcase always gives the platform for prospects to see their limited college recruitment pick up some steam and hit the next level. On Saturday evening in Connecticut, with a dearth of capable playmaking lead guards available from the 2017 class, Michael Okauru took the next step in his game as he showed off a variety of dimensions to his overall skillset.

A 6-foot-4 lead guard that has revamped his shot making skills since transferring into the mighty Brewster Academy program this fall, there has always been a lot to like about Okauru. He brings good size to the floor along with a solid feel and some explosiveness. However, on Saturday evening, the North Carolina native showed major progressions to some of the prior deficiencies that he once displayed.

Knocking down three of his seven perimeter jumpers while not turning the ball over a single time brings great promise to the upside from the intriguing backcourt prospect. At one time, Okauru was knocked for his decision-making and his shooting prowess. Now, the mechanics have improved bringing greater confidence and now playing alongside top of the line talent, the Brewster product seems a lot more at ease, allowing for the game to come to him.

Upon finishing with 15 points off of 60-percent shooting from the field along with displaying elite vision and playmaking skills around the basket, Okauru gave further insight on his college recruitment. “Right now, I really just talk to UNLV and Florida. Georgia also just started talking to me, too,” he stated. “I am wide open right now. I just want to find the best fit for me and play in an up and down, fastbreak offense with a lot of screen and rolls.”

The need for ballplayers like Okauru, guys that show improvements each step of the way, have solid upside, can make others betters, and bring good size to their spot on the floor, will always be in order. Hence, expect for the limited recruitment of the well-rounded and talented guard from the Tar Heel State to see his stock pick up some in the weeks ahead.