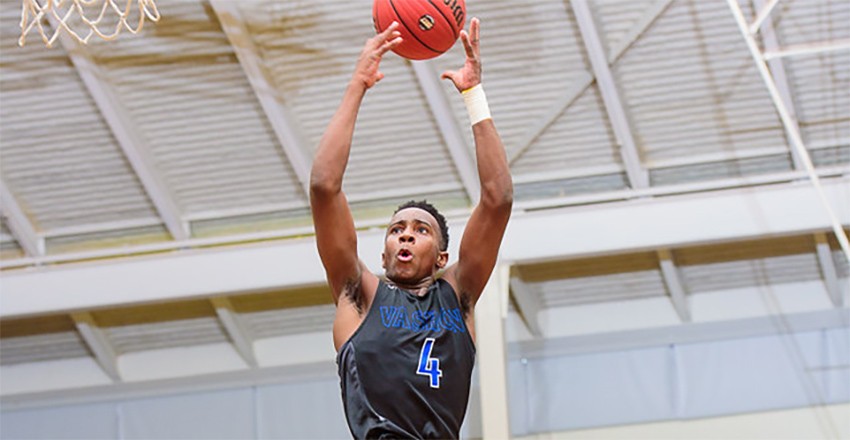 The national high school top 25 basketball polls had to hit the delete button over the weekend because a number of the top preseason programs went down in early Thanksgiving events.

Vashon is no stranger to the national conversation and the St. Louis powerhouse made some significant noise on Saturday night at the Holiday Hoopsgiving event. The Wolverines beat Wheeler, a program some publications had as high as No. 2 overall in America, 69-67.

One of the reasons was the play of 2019 combo guard Mario McKinney. The 6-foot-1 guard scored 17 points and did so by challenging the talent standing across from him with drives to the rim time and time again.

He wasn’t intimidated by the stage or the opponent. McKinney played the role of someone who was determined to win more than anything else.

Saint Louis, Kansas State, DePaul and Auburn all offered McKinney after his stellar Saturday showing against Wheeler. Auburn was the only staff in to see him in person for the game.