Kentucky gets its playmaker with Shai Alexander 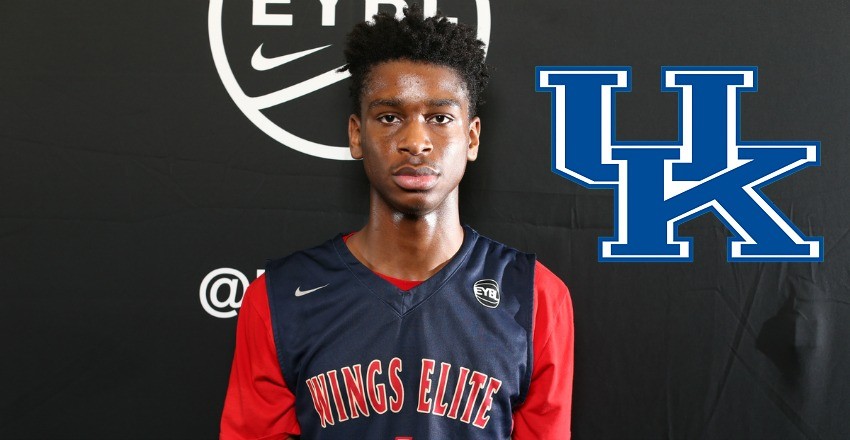 One of the top available lead guards out of the 2017 class, Shai Alexander has been a highly talked about ballplayer for the past few weeks. After backing away from his commitment to Florida last month, the Canadian guard swiftly cut down his list of schools to a final seven, then to a final five, before then committing to Kentucky today, a week after taking an official visit to the SEC campus.

Blessed with great size standing over 6-foot-4 and someone that has some of the best vision and passing skills from all throughout the land, Wildcat faithful will come to love the Hamilton Heights product. While there has been some nitpicking of the current roster in Lexington in regards to their guards’ abilities to make shots, the same could pop up surrounding Alexander next year. However, the top-60 recruit has put in major time with his jump shot, something that should enable for difficult matchup issues during his collegiate playing days and beyond.

A long and smooth lead guard that is a table setter of sorts where Alexander enjoys making others better before he looks for his own shots, the Canadian should thrive playing alongside the typical five-star talent that John Calipari throws out onto the playing floor. His first step is second to none and by throwing in his feel and passing acumen, Alexander could be someone handed the reins of the offense from the get-go next season.

Beating out the likes of Florida, NC State, Syracuse, and Kansas for his signature, Alexander is a versatile defender out on the perimeter that has the length and quickness to guard all three backcourt positions. Add in his unselfishness on the opposing side of the floor and Big Blue Nation now has its first commitment from a guard recruit in the 2017 class.

The third commitment in all, Alexander will join five-star big men PJ Washington and Nick Richards, two recent pick-ups for the SEC blueblood, where the trio of talent will bring immediate production skills to Lexington next fall. Expect for the Kentucky to chase after a few more pieces in the backcourt as they remain heavily involved for the likes of Trae Young, Quade Green, Lonnie Walker, and Hamidou Diallo.