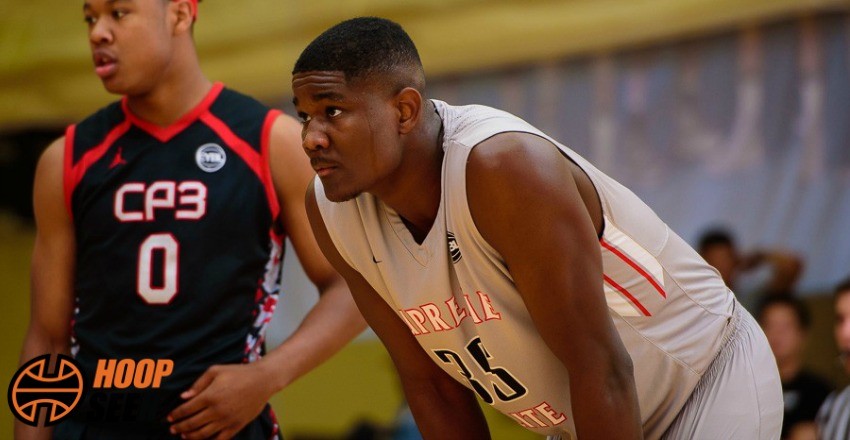 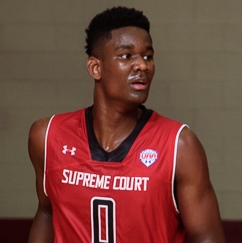 While the destination wasn’t much of a surprise, the timing of it sure was. DeAndre Ayton, the second ranked prospect within the 2017 HoopSeen Top-125 Rankings, came off the board today in favor of the Arizona Wildcats basketball program. A lethal inside and out big man that has drastically reworked his motor but at the same time, improved his overall skillset, the landing of the Bahamian native may be the best talent that Sean Miller has ever landed within the interior.

While there have been and will continue to be questions surrounding whether Ayton ever plays an ounce of college basketball, the fact that he is now committed to a college program speaks volumes about his willingness to compete for a national championship. The native of the Bahamas that now inhabits the state of Arizona as he attends Hillcrest Prep, Ayton is an immediate presence and producer that should excite many in Tucson, Arizona next fall.

Standing at 7-feet tall and sporting nearly a 7-foot-5 wingspan along with the physical stature that should enable for the proper strength gain, physical tangibles are not lacking with the elite big man. While he has been knocked in the past for his ability, or lack thereof, to remain engaged and consistently bring effort to the hardwood, this past July was a step in the right direction for the future pro.

Ayton brought it each time that he hit the playing floor while amassing giant numbers on the final stat sheet. At the Nike Peach Jam, the Cal Supreme star went bonkers going up against elite level big man after elite level big man. Averaging over 21 points off of nearly 60-percent shooting from the field, the 7-footer was no laughing matter on the glass in securing over 13 boards per contest. He averaged over three blocks and ran the floor from rim to rim with a purpose, displaying everything that NBA scouts and GMs would salivate over in looking for its next top tier draft pick.

If one peruses NBA Draft sites, one will find Ayton sitting at the top overall spot within most 2018 mock drafts. This isn’t by luck. Ayton, when engaged and playing more inside-out rather than the other way around, can be as good as he might want to be. This leads us to the question of whether he is the most ready interior recruit that Sean Miller has ever recruited to Arizona. Sure, he has coached the likes of Aaron Gordon, Derrick Williams, and Brandon Ashley, but straight out of the gates, Ayton looks to be the most ready-made big man that the head man at the Pac 12 blueblood has ever lured to Tucson since taking over back in 2009.

The second commitment in the 2017 class for Arizona, Ayton joins fellow top-125 recruit and tough lead guard Alex Barcello in creating an excellent start for Pac 12 frontrunner this fall. The Wildcats, of course, are far from finished. While there is still some time to go before the class finishes up, expect for Sean Miller’s crew to be within the top-five of the class rankings, once again.