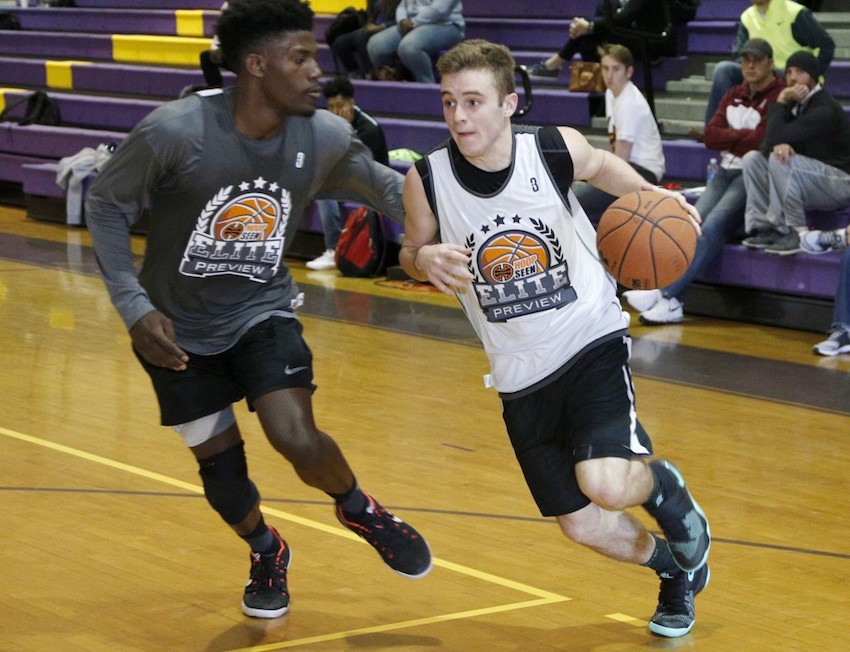 North Alabama picked up a big commitment Monday evening, as 2017 Winfield (AL) point guard Payton Stovall made his early pledge to Bobby Champagne and the Lions.

Stovall, a 6-foot point guard, shined on the adidas circuit with Team Carroll in July. He shot 58% from three-point range at the Adidas Summer Championship in Las Vegas. The weekend before that, he finished sixth in assists at the Under Armour Finals with 22 assists. While his production warranted attention from some Division I programs, Stovall felt like UNA was the perfect spot for him.

"North Alabama just felt like a good fit for me," Stovall told HoopSeen.com. "I feel like I can go there and be a really good player. The coaching staff is great and has always believed I can make a difference."

The North Alabama staff made Stovall a priority in July, as they followed Team Carroll very closely. Ultimately, Coach Champagne's vision for his future sold him.

"Coach Champagne and Coach McCarter think I can come in right away and do big things. They both love my game and they told me I would fit in with what they are doing there."

Stovall elected for the Lions over Montebello, Delta State, and Alabama-Huntsville, as well as several Junior College programs.