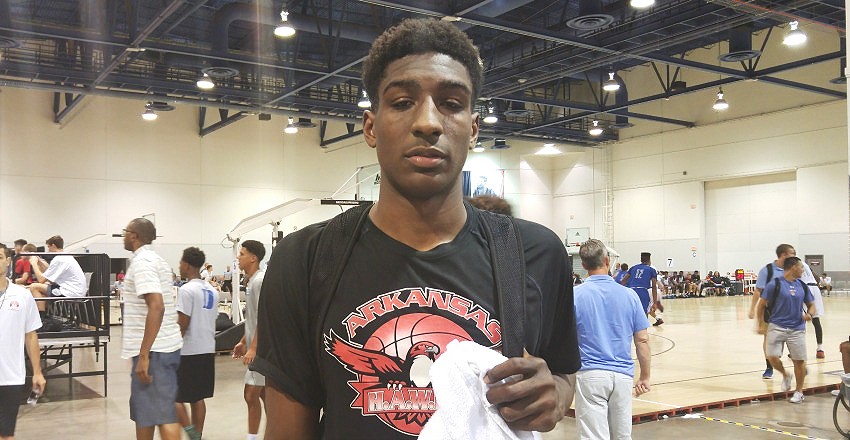 Reggie Perry’s recruitment surged the day college coaches could call prospects from the class of 2018. High-major staffs knew they had to get in there before it was too late.

Little did they know, they were already behind the eight-ball.

This is where I was meant to be 🐗🐗#wps #blessed 🙏🏾 pic.twitter.com/KoNdUYqChX

Perry picked up eight offers on that day in June. A host of Southern schools made him a priority in July but Perry wanted to end things early because he believes he found the right spot. Arkansas was the first to offer him.

“Some will ask, 'Don't you want to wait for a Kentucky or a Kansas or a Duke to call you?' I say, the University of Arkansas is my Kentucky, Kansas or Duke,” Perry said in his Twitter post as to why he picked the Razorbacks.

Thomas said his decision to go to Arkansas "was a no brainer."

“The connection is undeniable and unquestionable. Everything that I have always wanted and needed is at the University of Arkansas,” he said.