Arkansas scoops up another with Desi Sills 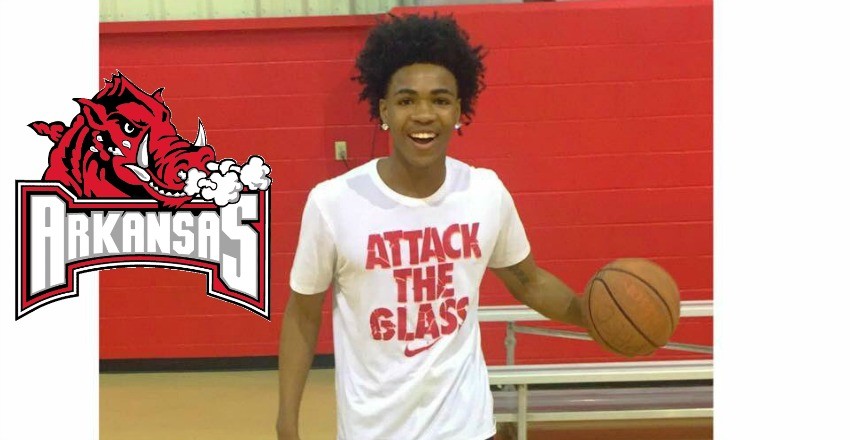 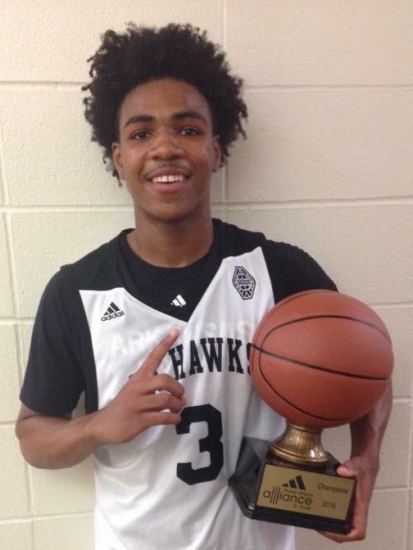 The Arkansas men’s basketball program is beginning to be known for getting the job done early in the process. After securing a commitment from top-50 2017 center Daniel Gafford before his junior year, the Razorbacks have now secured their third commitment from the 2018 class in 6-foot-2 guard Desi Sills.

A hard playing and tough-nosed guard, Desi Sills is a fine play maker and scorer from the 2018 class. The lefty can play on and off the ball where he displays a sturdy catch and shoot jumper from deep, yet the toughness and grit in scoring through taller and bigger defenders at the basket. A native of the state, the Jonesboro High guard should bring immediate energy and competitive juices to Mike Anderson’s program in two years.

Last month at the adidas Summer Championships in Las Vegas, Sills showed off his entire arsenal scoring over 18 points off of 58-percent shooting from the field. He got to the foul line over five times per game, displaying his toughness and aggressive mentality which was backed up even further by his six rebounds per contest.

The well-rounded producer gave further insight on his game and how he will fit at the SEC program. “They run my kind of system,” Sills said. “The Fastest 40 Minutes in Basketball is a great fit for me. They run and get the ball out as fast as possible.”

Tracked by the likes of SMU, UAB, Arkansas Little Rock, and Missouri, the short four hour drive and playing for the in-state Razorbacks program was too difficult to say no to. However, what shouldn’t be forgotten is the work that the staff in Fayetteville has done with the Arkansas Hawks travel program. Already owning commitments from three of the starting five from the 16-under bunch, highlighted by top-15 2018 power forward Reggie Perry, the comfortability factor played a part in leading to Sills’ verbal. “We already have chemistry,” the 2018 guard stated. “I have been playing with them all since I was in the sixth grade. They are just waiting for the last one from our starting five.”

Who might be that last guy? Ethan Henderson, a 6-foot-9, mobile and athletic big man from the state, is the last of the bunch that has not committed to the Razorbacks as UA now holds commitments from Sills, the aforementioned Reggie Perry, a 6-foot-4 shooting wing Isaiah Joe, and 2019 lead guard Justice Hill.

It is clear that the work that head coach Mike Anderson and associate head Melvin Watkins have paid off dearly so far in luring the very best to the SEC school early on in the process. Expect for Arkansas to go all out in their pursuit of Ethan Henderson in securing, what looks to be, a top-10 2018 recruiting class when things are done with, and in the meantime, pursue another option for the 2017 class in solidifying itself as a top-25 group. Regardless, the 2018 class, with the commitment now in hand from Desi Sills, boasts versatility, star power, talent, and toughness all throughout the three-person crop.