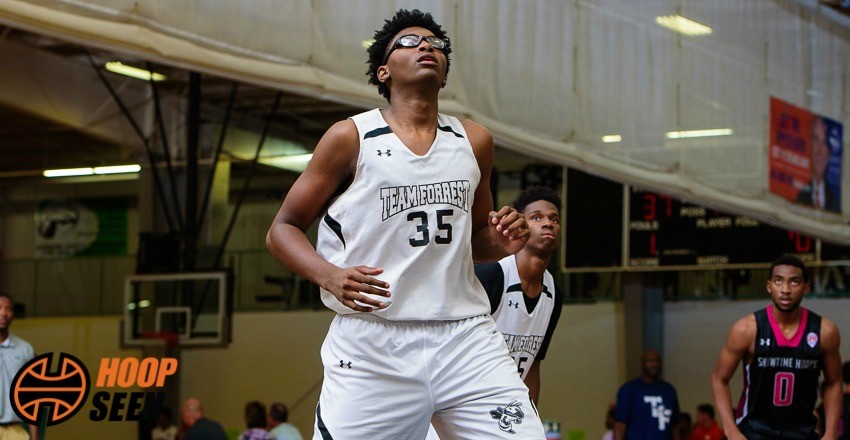 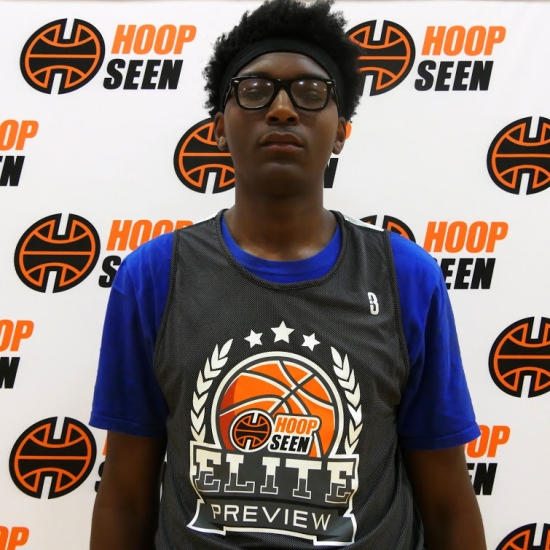 The need for size has become more and more vital within the state of college basketball. Sure, everyone wants guys that can drive the gaps and shooters spotting out on the perimeter but the ability to throw out a big man that can protect his basket and rebound his area will always be a key cog for future success. Hence, the play of Tyshaun Crawford and his big frame brought in plenty of chatter this past week at the HoopSeen Best of the South where he showed off an evolving physique along with prospering skills around the basket.

A 6-foot-11 center that is among the more intriguing prospects out of the southeast, Tyshaun Crawford became a name back in the fall at the Fall Preview event in Suwanee. Fast-forward several months and the imposing presence down low has knocked off some of the excess weight and showed some dog and tenacity around the rim.

While he plays for a lesser known high school program at Griffin High School in Georgia, Crawford is running with the  Team Forrest crew this summer and has begun to see his recruitment pick up some. “I have offers from Middle Tennessee State, Tennessee Tech, Rutgers, UNC-Greensboro, and Western Carolina,” the rising senior stated. Others such as South Alabama and Kennesaw State are showing further interest but it’s pretty impressive that, just a few months back, the Peach State native listed no offers and minimal interest at best.

There still is some time to go before Crawford becomes a consistent producer on the floor, just as the case is for most big men, yet the developmental center has fine upside to him. He sports a soft set of mitts around the basket, can protect his basket through the sheer size of him, and has gotten much better at running from rim to rim and cleaning his area on the glass.

Expect for plenty of more schools to jump into the mix for the improving 5-man but it is one school from outside of his geographical niche that has caught Crawford’s eye. “I am going to take an official visit to Rutgers in September. I don’t know the exact date yet,” he told HoopSeen. “It is a nice school. I know some of the players and that they are in the Big 10 with some good big men.”

The only power conference program to have offered the big fella out of Griffin, Georgia, it would seem the Big 10 bunch is in a good spot with the big man. However, the recruiting process is still in its infancy stages for the senior center as he should see a more prioritized recruitment following his excellent showing at the Best of the South this past weekend.