One school making a difference with 2017 guard Victor Bailey 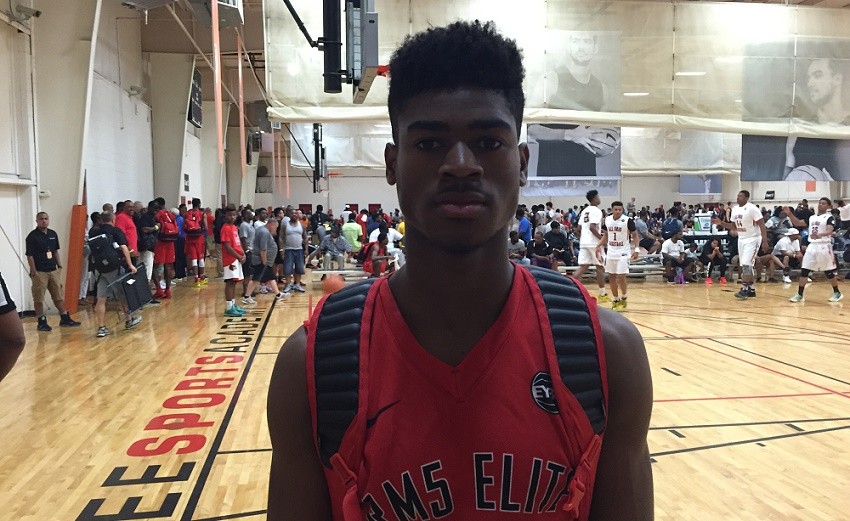 2017 Austin (TX) McNeil combo guard Victor Bailey closed out the EYBL season in impressive fashion in Atlanta, as he showcased his scoring prowess and shooting ability. The lefty was a threat from anywhere on the floor with his ability to create shots for himself.

Standing at 6-foot-3, Bailey has the ability to play both guard spots. He is a knockdown shooter off the catch and running off screens, but he can also get his teammates involved because of his passing ability. Many college programs are showing strong interest because of his ability in the backcourt.

“Texas A&M, Nebraska, Tulsa, Oklahoma, and Oklahoma State are the schools talking to me the most right now,” Bailey told HoopSeen.com. “But Texas A&M is coming the hardest. They are making me a priority.”

Under Billy Kennedy, the Aggies have made some news on the recruiting trail in recent years. In turn, it has led to success on the court, too. Bailey is aware of A&M’s success in both.

“They’ve brought in some really good players and done pretty good. It’s hard not to notice what they are doing.”

“I’ve talked to Coach Underwood a few times. I really like him as a person. I’m excited to learn more about him,” Bailey explained.

While a certain pack of schools have distanced themselves from the rest at this point, Bailey is in no hurry to make a college decision. He plans to finish out the summer and take some official visits in the fall.