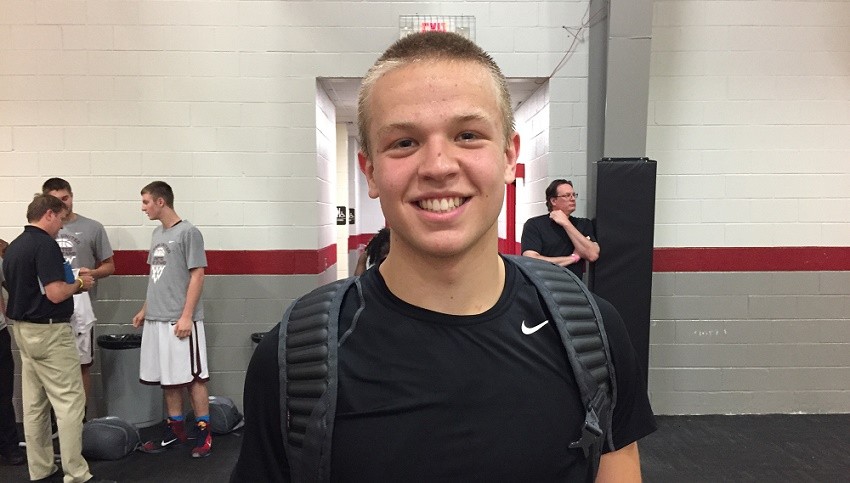 It’s been a busy few weeks for 2017 Maple Grove (MN) guard Brad Davison. The 6-foot-2 guard was one of the top performers at the Hampton EYBL stop, as he broke out and made his case as a high-major prospect. Davison followed that up with a solid showing in Atlanta, too.

After two successful EYBL weekends, interest has been flowing in from coast to coast. Davison sports a 4.0 GPA and already has several high-academic programs hot on his trail. However, if the past two weeks are any indication, he will have plenty more to choose from than Ivy League schools.

Another big offer came in a few days ago, as Wisconsin head coach Greg Gard extended an official scholarship to Davison. It’s a big one for the Minnesota native.

“It feels really good to get the Wisconsin offer. My favorite things are the coaching staff and the tradition around the program.”

Davison comes in at No. 108 in the updated 2017 HoopSeen national rankings.