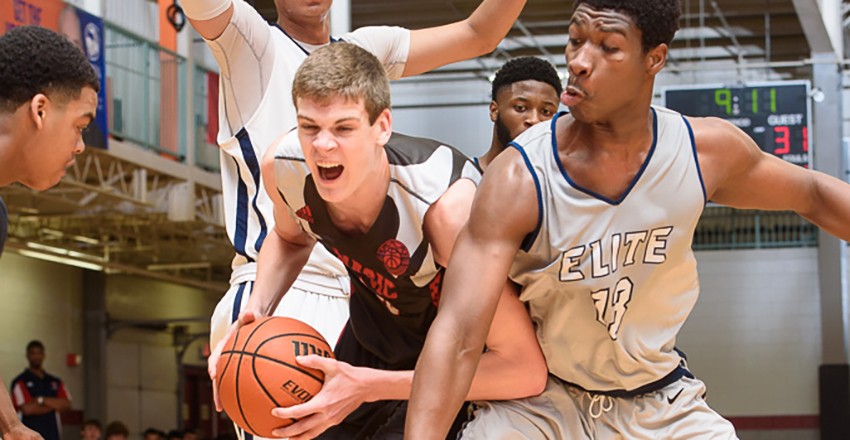 Louisville Magic big man Chris Vogt is ready to hit the road this summer and be on the campuses of the schools that are actively recruiting him. The 6-foot-10 center from Graves County (KY) High School is coming off a productive spring with the Louisville Magic. A host of mid-level programs have jumped into the mix with the big fella.

Vogt told HoopSeen.com that he will play at Samford's Elite Camp this summer and he would like to make an official visit to Indiana State. Vogt said he has offers from both programs and would like to see more of each school.

New Mexico offered right after the Bob Gibbons Tournament of Champions. He also said Middle Tennessee State, Middle Tennessee State and the old staff at Western Kentucky all offered. A good number of the Ivy League is also in the mix, Vogt said. Loyola MD and Bucknell are also in the picture he said. Indiana and Cal have also put feelers out there.