Carter wins the clash of the titans 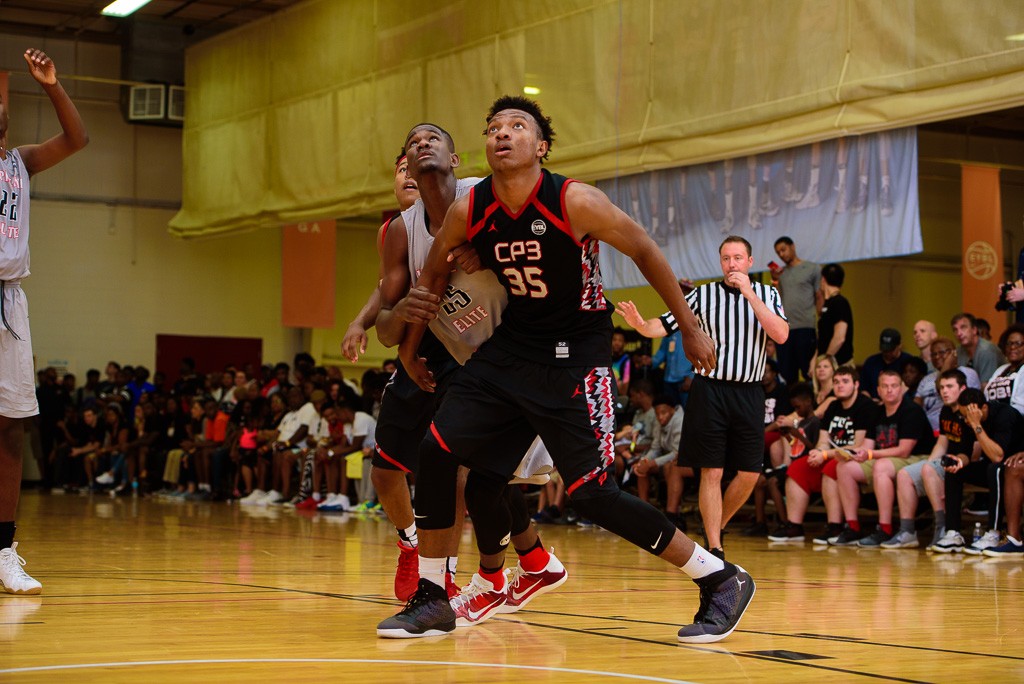 Carter wins the clash of the titans

There is chatter in the grassroots community about who is the number one player is for the class of 2017 and on Saturday morning there wasn’t any doubt that it was, and is, Wendell Carter, Jr.

Carter was stellar in his match-up against DeAndre Ayton, the No. 2 overall player in the class of 2017 on the HoopSeen.com rankings. Carter and his CP3 team had to fight tooth and nail against a very good Cal Supreme team to pick up a 76-75 win.

Carter finished with 30 points on 13-17 shooting from the floor. He scored 24 points in the paint. He grabbed 16 rebounds and, by our count, had seven blocked shots. Mind you, he did it against Ayton and Brandon McCoy, a top 10 level talent himself.

Think about that for a second. Carter had some dazzling moments. His performance was one of the best individual outputs we’ve seen at Suwanee Sports Academy over the last decade. It was that kind of day on that kind of stage.

Carter, ever humble, said he was just punching his ticket.

“I just came out and played my game. The ball came to me and I just made it work when it came my way,” Carter said. “I tried to do all of the little things, the scoring, the rebounding, the defending.”

Not a bad showing in the first match-up between Carter and Ayton. The grassroots community talks about the top dog in 2017 all of the time. But the players? You you better believe they talk, too.

Ayton wasn’t too shabby himself. The powerfully built big man finished with 19 points (8-13 FG) and 10 rebounds. The two knew what was on the line and Carter separated himself in the match-up after Ayton tweaked in ankle in the first half.

“One my flaws is probably not coming to play hard every single game. I need to get better at that,” Carter said. “So when the person is highly ranked that you are playing, it makes the game a whole lot funner.”

There wasn’t any doubt how fun that match-up was. It was outstanding and Carter won the public vote in this one. You can’t argue with the results. Or the eye test.

It was clear who the top dog was in this one. Carter will have his hands full again on Saturday night when he locks horns with Ikey Obiagu, another talented five-star player.