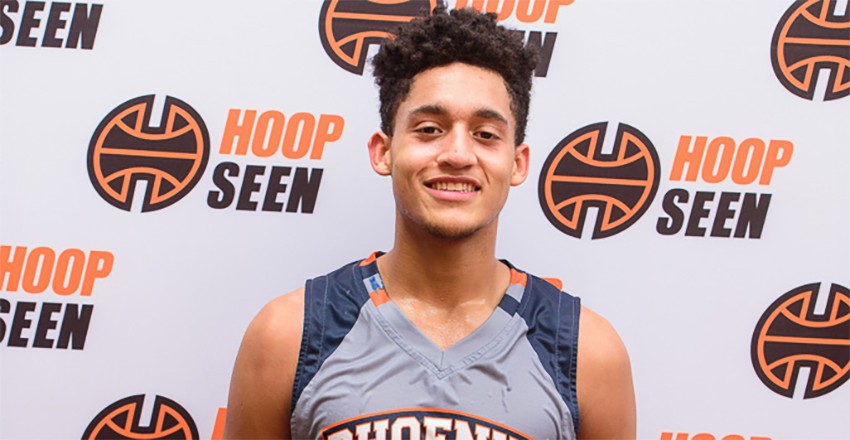 The premise of the HoopSeen.com events is all about starting stories for players. We see chapters begin in the recruiting book for prospects all of the time. Watching the story play out is satisfying, no doubt.

One such player this season is Jaden Stanley of AC Georgia.

He’s playing his best basketball since he’s moved to the South with AC Georgia, making back-to-back all-tournament teams this spring (Norman Parker Showcase and Atlanta Jam). Stanley was a versatile forward in high school and continues to check off boxes of a potential late-bloomer on the recruiting front.

The common theme between his high school and travel season is this - Stanley can really shoot for a combo forward. He hit 42 percent from three and knocked down a couple of threes a game throughout the Atlanta Jam.

Stanley showed off a nice array of skill during the first live period. He knocked down threes, crashed the boards, ran the floor and mixed it up inside and out.

According to his high school coach Cory Cason, Stetson, Furman, Gardner Webb, Wofford, VMI, Tennessee Tech and Middle Tennessee State have all reached out about Stanley after the Atlanta Jam. According to his travel coach Garrick Respress, Belmont, Lehigh and Yale have also reached out since the tournament. Boston will be in to see Stanley next week, Respress said.

A terrific student, Stanley should be a popular player for the academic programs moving forward.