#ATLJAM Lessons: The continual rise of Will Richardson 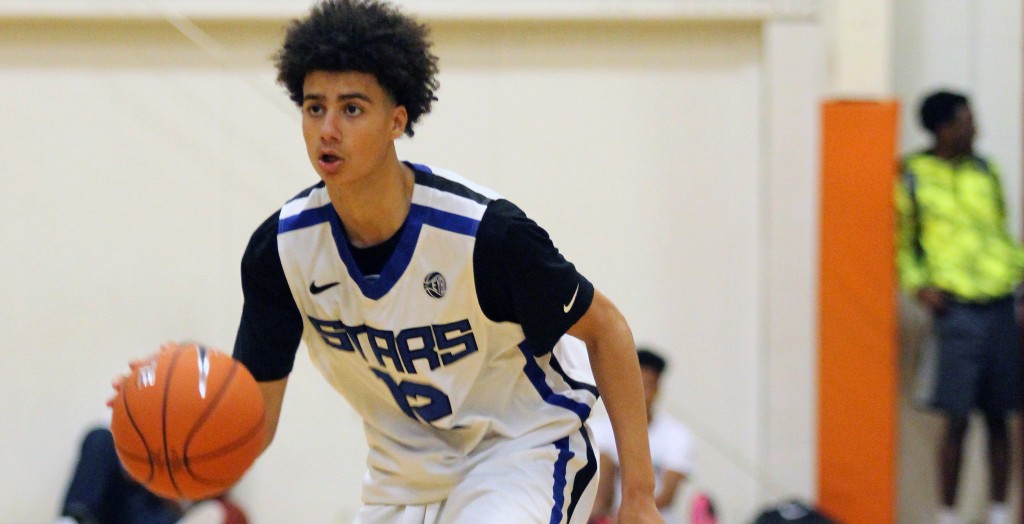 We won’t roll out a Georgia ranking for the class of 2018 until next year but as we go into the travel season, you better believe Will Richardson has carved out space for himself in the top five. The combo guard from Liberty County played his way into the conversation during the high school season, ending with a championship for the Panthers.

Richardson was the steady force for the Georgia Stars 16 and under program en route to a championship at the Atlanta Jam. He mixed scoring with passing, explosion with patience and speed with pace so incredibly well.

Put Richardson’s name in the same category as Jamie Lewis and Drue Drinnon for Georgia’s top guards in 2018 and along side Khavon Moore and Reggie Perry for the top five overall.

Richardson already holds a Georgia offer and drew looks from Clemson at the Atlanta Jam. Expect his name to rise in recruiting circles this spring.

Keep this in mind: Richardson is learning from two of the very best athletes in Georgia. Auburn-bound Davion Mitchell made a major climb at the same age and Georgia-bound football commit Richard LeCounte is one of the most competitive guys in the country. Richardson is pushed by these two guys on a daily basis. The end result should be quite impressive for the 6-foot-2 guard from Hinesville.