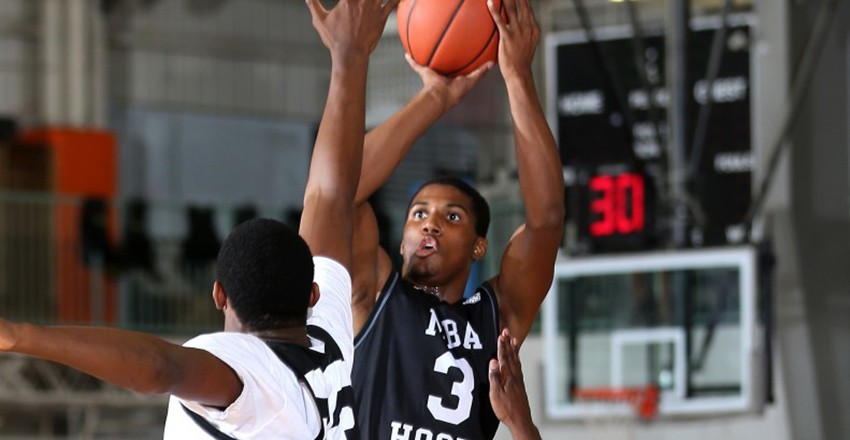 Our staff watched a lot of games in April. We were all over the place and saw players and teams from all levels. Now that the NCAA Live Period is over, we wanted to jump into a group discussion about what we saw. Today we asked our staff: Who is the biggest breakout candidate that could emerge this spring/summer. 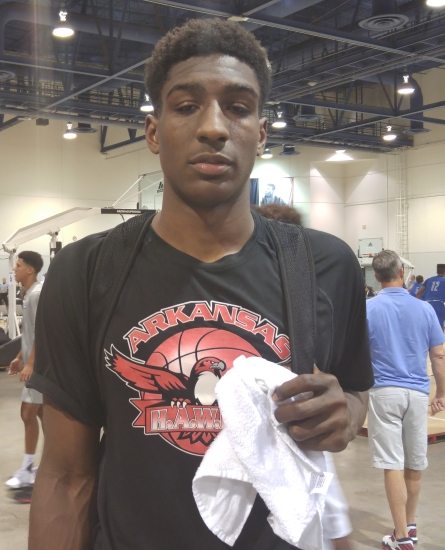 Be on the lookout for Thomasville (GA) 2018 big man Reggie Perry. Perry is playing with the Arkansas Hawks and has all the makings of a very high level forward. His school has produced a number of high level players, most recently Robert Carter (Maryland) and Willie Clayton (UNC Charlotte). He could certainly be the next one in line. - Carter Wilson

This question is an easy answer for me. The most impressive player I saw this month was 2017 Velma Jackson (MS) point guard Nick Weatherspoon, who played with MBA Hoops. The 6-foot-1 athlete has been compared to Russell Westbrook, and rightfully so. Weatherspoon can jump out of the gym and excels at attacking the rim, but at the Adidas Gauntlet stop in Atlanta, he showcased an improved perimeter shot and passing ability. I watched him go for 33 points and singlehandedly keep MBA in the game, as at one point he scored on five straight possessions as the second half came to a close. Prior to April, Weatherspoon was a regional recruit for SEC programs, such as Alabama, Mississippi State, and Ole Miss. Now he’s a national prospect with offers from Louisville, Ohio State, and North Carolina and worthy of McDonald’s All-American Game consideration. - Garrett Tucker

While Kansas made the smart call by getting involved and offering Chuma Okeke after the first live period in New York City, it is a bit perplexing that others have yet to offer the 6-foot-7 Peach State native. At one time, Okeke was primarily a role guy that did all of the miscellaneous. This spring thus far, the Georgia Stars forward is play making with the best of them, has point-forward skills, can play either forward spot, and is shooting it the best that he ever has. The entire SEC should place a giant load of its attention on the rising senior where many of the top programs nationally should be ready to jump on board with the Westlake star. - Corey Evans

Sometimes you sit in a gym and you just kinda know that you’re seeing something start. I had that moment on Friday night at the adidas Gauntlet. I was sitting on court 1, tucked away in the far corner of our 100,000 square foot building, and was wrapping up a long day. Then this long 6-foot-8 Texan drilled a three. Then attacked the rim with a gorgeous drive for a guy with his kind of frame. Then he took a great shot, but missed, and instantly ran back on defense. The plays were making me sit up a little straighter and focusing a little deeper. A quick Google search didn’t yield up anything on the long Texan. I was intrigued. After the game, he said he’s heard from a non Division I school and Houston just offered. Then he told me he’s grown from a 6-foot-1 guard to a 6-foot-8 wing since he’s been in high school. His name is John Walker III. And I think he’s got a chance to be great. - Justin Young