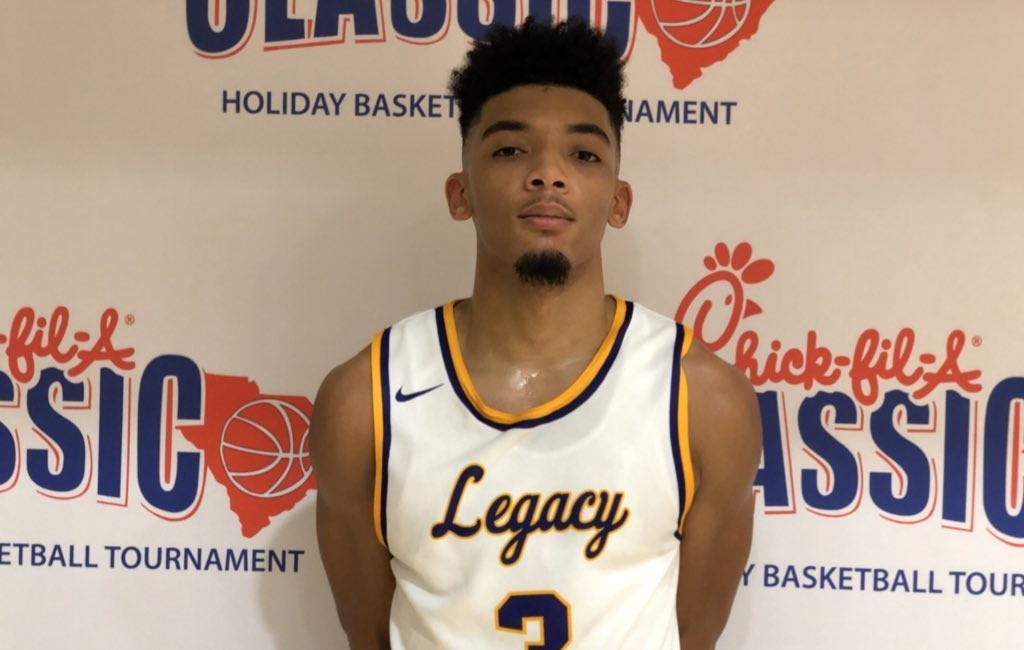 The college programs in the Carolina's loaded up yesterday from the high-major level to the lower-level conferences. Here is a look at my three favorite classes from programs in North and South Carolina.

Wake Forest - When you come into the Atlantic Coast Conference from the Southern Conference you better make moves and make them fast. Steve Forbes and staff have done that so far. The biggest addition to this three-man class was landing in-state lead guard Carter Whitt was huge. Whitt brings a day-one ready floor-general to the team when he can suit up after the Christmas break.

Across the pond, Wake lands Cameron Hildreth, a 6-foot-4 shooting guard out of Sussex, England. He chose the Demon Deacons over offers from Utah, Xavier and Georgia Tech. During his time at ETSU, Forbes always had a roster mix of foreign players, junior college guys and standard high school recruits that filled his roster.

Landing South Carolina shooting guard Robert McCray was a huge get. Assistant Coach BJ McKie is a Columbia, South Carolina legend and had to help a little in securing Wake’s third signing. McCray brings shooting and athleticism to the 2021 class.

South Carolina - Frank Martin and staff landed two under-valued guards in the early signing period. I am a big fan of both of them.

I have followed Jacobi Wright for almost four years now from his days at York Prep in York, South Carolina to his days now at Legacy Early College in Greenville, South Carolina. He is a tough, scoring combo guard that can play either guard position. Wright chose The Gamecocks over DePaul, Charlotte, Winthrop, Elon and College of Charleston.

Devin Carter has been on our radar at HoopSeen for a while. He was our Most Valuable Player at the prestigious Bob Gibbons Tournament of Champions in 2019. The shooting guard is the son of 13-year NBAer Anthony Carter and after spending a year at Brewster Academy and reclassifying to 2021, will only help Carter once he steps on campus.

NC A&T - Head Coach Will Jones earned some ink earlier yesterday in my Carolina Corner with his securing of 4-star Duncan Powell out of Desoto (TX).

Today the Aggies get some more ink with their overall 2021 class signings. Joining Powell is Gray Collegiate (SC) guard Chase McDuffie. The athletic shooting guard scores the ball from all spots on the floor and he finishes well around the rim. He has a consistent shooter out to the three-point line. McDuffie is one-part of Gray Collegiate’s tandem of Division One guards including TImothy Barnes who signed with Missouri-Kansas City yesterday.

Jaylen Jackson from Douglas County (GA) is one of the more explosive players in Georgia and lives above the rim. Johnson chose Jones and NC A&T over offers from Alabama-Birmingham, Old Dominion and Albany State. As a top performer at our HoopSeen Fall Preview, our own Garrett Tucker had this to say about the future Aggie,

“Jackson made the most of his day with some eye-popping athleticism plays at and above the rim, but he proved he is more than just an athlete throughout the day. The junior excelled as a playmaker with the ball in his hands, where he was able to score at the rim or create opportunities for his teammates. Defenders had a hard time staying in front of him throughout the day. On the flip side, Jackson was a valuable asset on defense because of his versatility, length, and speed. A number of college coaches have made their way to Douglas County High School this fall and it's easy to see why. Jackson is an intriguing playmaker that is only going to get better with time.” - Garrett Tucker