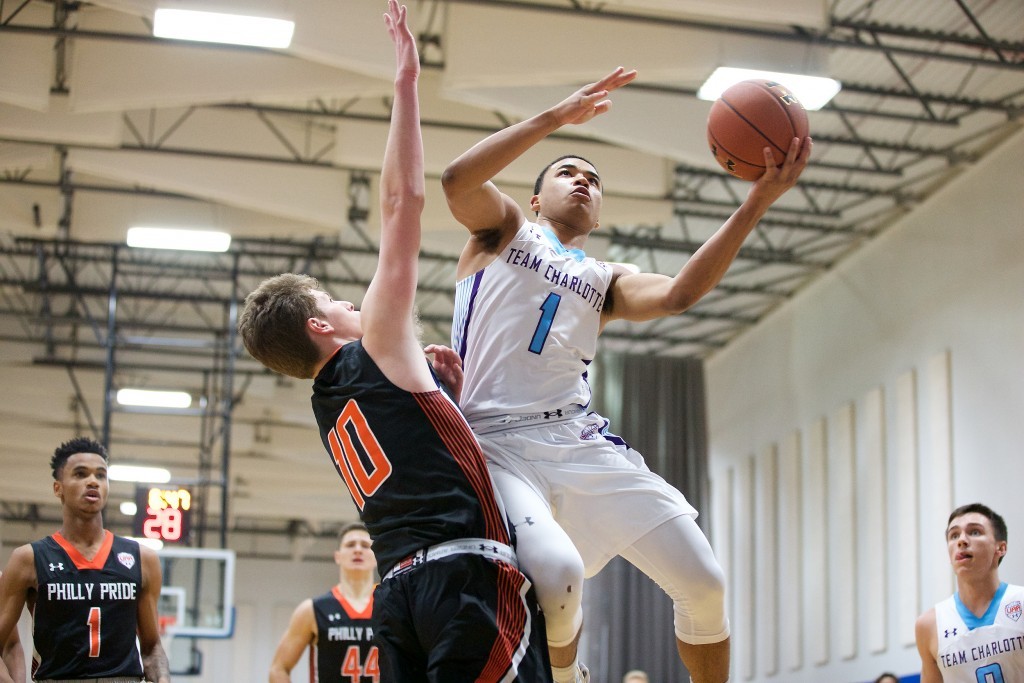 In this week’s edition of the Carolina Corner we take a look at the winners from the early signing period, another look at who all has signed out of the Carolinas, a peek at the NBA draft and more.

The NBA Draft is tonight and some of the guys that used to make their way through the HoopSeen platform will hear their name called by Adam Silver. Here we take a look at prospects from the Carolinas that should be chosen tonight.

Patrick Williams - The former West Charlotte standout who left Florida State after one season is projected by some outlets to be a top-10 pick. Williams was ranked #2 in our 2019 HoopSeenNC rankings.

Aaron Nesmith - The best shooter in the draft hails rom Chucktown, South Carolina and played his prep basketball at Porter Gaud School before heading to Vanderbilt.

Nate Hinton - The former Gaston Day School standout had a solid two seasons at The University of Houston before deciding to turn pro.

Josh Hall - The former NC State signee was able to declare for the draft because of his age. After a brilliant season at Moravian Prep and with Team Loaded NC, his stock began to soar.

Devon Dotson - The former Providence Day star who had a stellar two seasons at Kansas is projected to a second-rounder.

Signing Day Winners from the Carolinas

The early signing period is almost a week old and we are going to break down the top mid-major classes in the Carolinas.

Furman - A huge class for Bob Richey and staff in Greenville, South Carolina. The Paladins add Jaylen Pegues, a HoopSeen standout from PSB-Nashville that was named a top performer at our Best of the South and Atlanta Jam events. Our Editor-in-Chief Justin Young wrote about his signing last week. Furman also grabbed Alex WIlliams from Moeller (OH), a 6-foot-4 2-star forward, Tyrese Hughey, a 6-foot-7 forward out of Worthington (OH) and big man James Lee Repass, a 6-foot-10 center out of Providence (FL).

Charleston Southern - Barclay Radebaugh has been the head coach for The Buccaneers since 2005 and has won the Big South Conference regular season title twice. The class of 2021 for the Buccaneers is a strong one. They took in five recruits (three from Georgia) during the early signing period. One of the biggest was Georgia’s Kalib Clinton. The 6-foot-4 guard is one of the biggest sleepers in the Southeast and gets to the rim with his power. The two other Georgia signee was The Skill Factory (GA) forward Matt Davis and Grayson (GA) forward Taje’ Kelly. Radebaugh and staff also pulled in Louisiana native Claudell Harris, a 6-foot-3 guard and 6-foot-8 power forward AJ Hamrick out of Westminster Catawba (SC).

Charlotte - The 49ers were able to land in-state wing Daylen Berry from the Raleigh area over some high-major schools that were pursuing Berry. The Garner Road and Tea Marie standout is a perfect fit with the way Charlotte plays. Berry is a strong defender that can score off the dribble or some beyond the perimeter. Charlotte also landed 6-foot-4 point guard Isaiah Folkes from Putnam Science. A strong two man guard class for Ron Sanchez and company.

Appalachian State - The Mountaineers grabbed one of North Carolina’s best guards in Terrence Harcum out of Granville Central HS. The shifty smooth guard spent the travel season with Garner Road Basketball Club and is ranked as the 20th best prospect in the state. Harcum is the only early signing for The Mountaineers but it is a good one. Harcum held offers from Winthrop, Niagara and Elon.