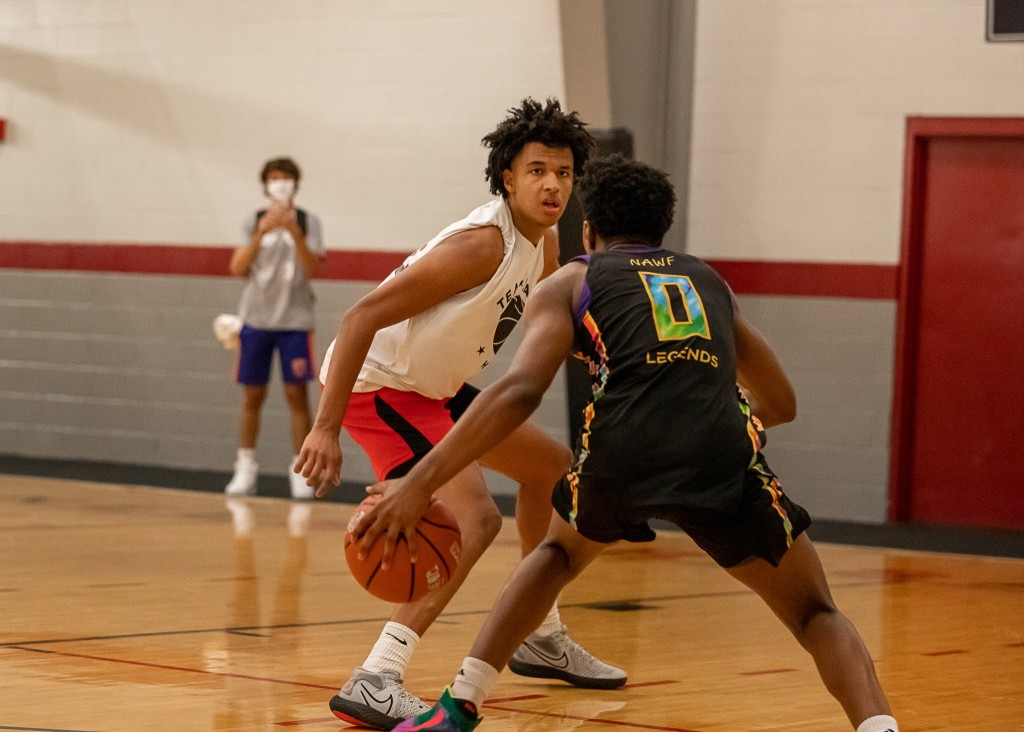 ASHEVILLE, NC - This travel season has been nothing short of different for all of us involved. From the players, coaches and referees to the college coaches and companies like us at HoopSeen that run events and evaluate prospects all year long. The class of 2022 rankings for North Carolina has been updated and it looks a lot different than it did this time last year.

The top three prospects from last season have all moved out of state for their junior season. National top-10 prospect Jaden Bradley is spending his last two seasons at IMG Academy in Florida. Jalen Hood-Schifino , who recently backed off his commitment to Pittsburgh is heading to Montverde Academy also in Florida. The number three prospect from last season, MJ Rice will spend this upcoming season playing for Steve Smith at Oak Hill Academy in Virginia.

LOOKING INSIDE THE TOP 11

Coming in at the top spot in the 2022 rankings is Christ School (NC) big man Deante Green. Green was a standout at our HoopSeen/BetheBeast Always Live Showcase for Tea Marie and showed a lot of promise with his back to the basket game and his ability to score off the dribble.

New Bull City Prep (Durham) addition Jai Smith, a 6-foot-9 forward jumps into our rankings at #2. The Syracuse native excelled at our HoopSeen/BetheBeast Always Live Showcase last month and has seen his recruitment really pick up with offers from West Virginia, Texas A&M, Alabama, Ole Miss, Memphis, Xavier, Houston and VCU over the past two weeks.

6-foot-11 Brandon White who recently transferred to Winston-Salem Christian takes the number three spot. We had the chance to see White quite a bit over the summer and he has the tools to be a big-time college prospect. His game is coming along and will be interesting to see how he progresses playing a national schedule for Antonio Lowe.

Northwood Temple’s Jaquantae Harris, a native of Raeford, North Carolina lands at the fifth spot after helping lead his team to a NCISAA 1-A state title this past season. The 6-foot speedster guard picked up an offer from LSU after his play during the tournament and recently East Carolina and Iona have jumped on board.

Winston-Salem Christian's Quante Berry, a 6-foot-4 guard originally from Tennessee comes into the rankings at #6.

Butler High School (NC) junior forward Patrick Wessler has transferred to Combine Academy in Lincolnton, North Carolina to play for Head Coach Jeff McInnis. The nearly 7-foot center had a strong summer and comes in at seventh in a loaded big man class for 2022.

Raleigh’s Po’Boigh King takes the eighth spot. King spent this past season at Word of God Christian Academy and is probably one the best shooters in the state. He holds offers from Arizona State and Ole Miss.

Another Winston-Salem Christian transfer Amarie Haynie, a 2022 re-class checks in to the updated rankings at number 9. The 6-foot-4 combo guard can play either guard position and has the size and skillset to score at both.  Haynie holds offers from Winthrop, Ole Miss, Wake Forest, Wichita State, Old Dominion and VCU.

The third Team Charlotte member in the top-10, AJ Smith checks in at #10. Smith shined over a year ago on our Bob Gibbons Tournament of Champions platform playing up a division in the 17U. Smith recently transferred to Combine Academy in Lincolnton, North Carolina.

Keeping up with all of the transfers, Elijah Jamison who had spent the past season at Louisburg High School has transferred to the Charlotte area to attend Liberty Heights and play for former Charlotte prep standout Michael Wright. Jamison spent the travel season with Team Loaded NC. Jamison was recently offered by Middle Tennessee State and checks in at #11.

1- One player from WNC made the top-20 but it was a big one with Christ School forward Deante Green taking the top-spot.

4- Four prospects in the top-20 are part of the Team Charlotte program.

0- At this time zero of the top-20 prospects for 2022 have committed to a college program.

9- Nine players are from the Charlotte-metro area out of the top-20. The Queen City continues to be a hotbed in North Carolina.