A broom for you 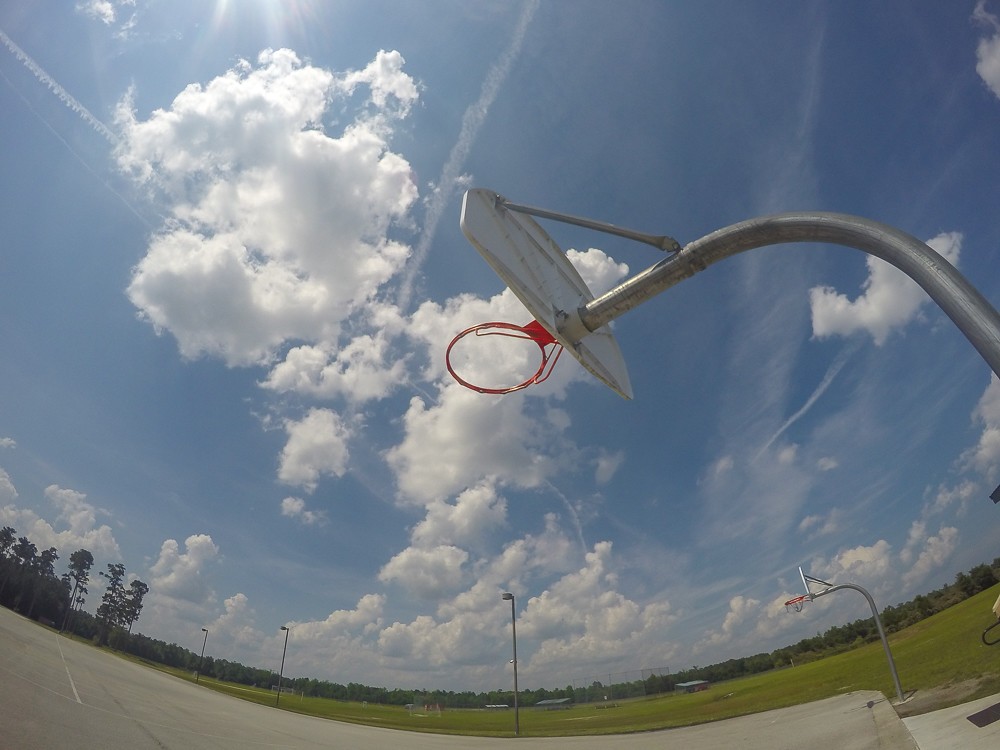 With my 30th birthday just a few weeks away, I find myself feeling blessed as it gets closer and closer. At one point in my life, the thought of hitting such a milestone was something that seemed far fetched for someone like me. It’s a milestone that feels like a blessing and a curse after losing a younger cousin to a drive-by shooting that shared the same birthday with me. It’s a milestone that I now cherish to have the opportunity to see, because as the world has routinely taught us all, tomorrow is not guaranteed.

As a member of Robert E Lee(AL) and Game Elite, Jamari Smith was known to have the biggest smile off the court while being the meanest on it. Just a few days ago, this beloved member of our basketball community passed away. Although he left a tremendous mark during his time here with us, all of us looked forward to what would have been a memorable career as a member of UAB's football team.

As I scrolled through Jamari Smith’s timeline, the first pinned tweet was him serving food to a member of our community that is in a less fortunate situation than many of us. I thought back to my time as a teenager and tried to recount memories of my selfless deeds for others. It’s been days later since my initial thought and I still can not remember a moment that was as pure, and selfless as his actions in that video.

I’ve thought of ways that I could honor both George Floyd and Smith over the past few days. Nothing I conjure up seems to properly pay them their respects. I’ve constantly thought that while both were different in ages, both had many things ahead of them that they wanted to accomplish.

I find myself reading more quotes over the past two months than I have at any point in my life.I made a new year’s resolution to read more this year and while I’ve failed miserably, a few short words of wisdom every day have helped me too feel like I’m staying on track. Shortly before the passing of Jamari Smith, and the murder of George Floyd, I read a quote that called out to me.

There are no words that will ever take away the pain that the Smith family is feeling, and will feel, from now until. However, I can only hope that some solace is found in the fact that the memory of your son has touched me and countless others. I will forever remember a young man that played hard. Gave his everything, every time. There were others that were more talented, but to beat him, you were going to have to earn it. “Here lived a great young man that played as hard as anyone.”

As I read the wonderful tributes to Jamari along with Martin Luther King’s great words, the one thing that comes to mind is to be the best in my role. My role as a son, as a brother, as a husband, and as a leader of the many black youth that walk through our events on a weekly basis. If there were ever a time to be the best role model possible, it would have to be now.

I think about how it would feel to be a teenager in 2020. How would I deal with the loss of opportunity? After spending so much time, energy, and resources to better my craft, many are faced with the uncertainty of obtaining what was already a hard feat to pull off in securing a college scholarship. Worse than that, I think about the fact that many of our black youth are dealing with the feelings, images, and the truth that their lives could be taken away from trivial reasons.

After taking in all that has happened over the past few months, and over the last few days, the phrase “play as if you have no tomorrow” should take on a new meaning. Helping someone today, so that they are better tomorrow has new meaning for me.

As the world has undergone many changes over the past few months, so have I. For many people, basketball has been a hobby, an outlet, or something that they loved thoroughly since a young age. While all of those things are true for me, I’ve been fortunate enough to make a living from the game that I love. It’s through this game that I’ve dealt with hard times and escaped reality, even if it was just for two hours at a time. I’ve connected with many great people over the past few years and through this game, we all speak a certain language. Regardless of age,  background, or skin color, once between the lines we speak with the same tongue. This language may not translate to the boardrooms and factories across the world, but it is not them that I hope to reach out to right now.

Both those that play and coach this game we love have an opportunity to shape each other on a daily basis. The responsibility that we have to each other is monumental. Even though the most heated competition, we’ve found ways to bond and love one another. Through our game & language, we can continue to bridge the gap between races, classes and religions.

As a man today, it’s my responsibility to be the best street sweeper for the young black men that will soon come after me. I hope to make them clean enough to eat off of, although the past has taught me that some plans are unrealistic. What I can do is make the most of my role and share the many mistakes and achievements I’ve had along the way. To the black men I know in this game, let’s continue to be the best street sweepers we know how to be.

The youth stands to change many of the world’s unresolved problems. Jamari Smith, a young man that was entering his first year of college, was powerful enough to incite changes in a soon to be a 30-year-old man. With that in mind, I tell our youth, the changes that you can bring to the world are limitless….

AYE ITS MORE TO WINNING THEN HOOPS‼️ GOD BLESS US SO WE BLESS THE HOMELESS🖤🙏🏽#LONGLIVEROD👌🏽 pic.twitter.com/HQyhflwXLl